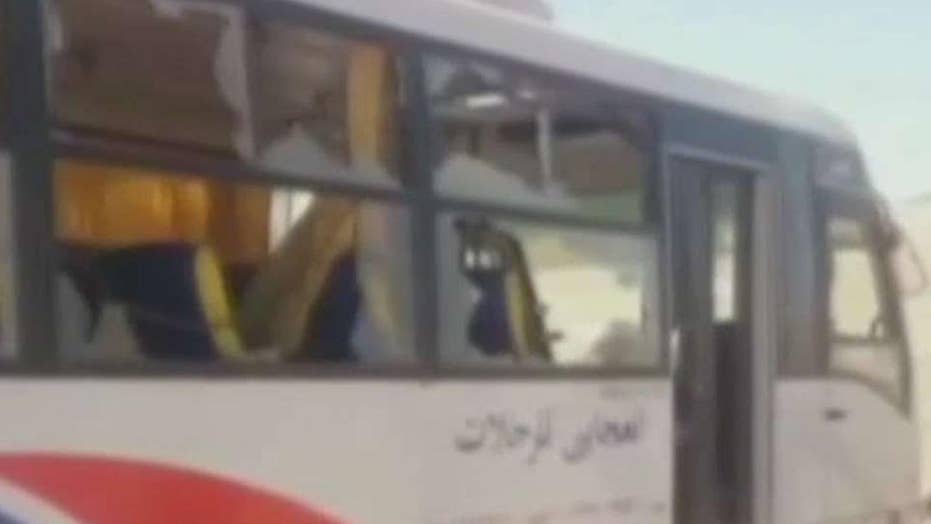 Close to a quarter-million security forces will stand guard outside Christmas celebrations throughout Egypt next week, following a series of church and mosque bombings that rocked the country earlier this year.

Egypt's Interior Ministry announced Tuesday that a high security alert has been issued, and said 230,000 security personnel were being called to secure the country's Christmas celebrations, which start next week, according to the official state news agency.

"Holidays and vacations were canceled for security personnel and officers at all security directorates across the country," security sources told Middle East News Agency.

A guard stands outside a Coptic church in Egypt. (REUTERS)

Some 2,626 churches across the country, the overwhelming majority of which are Coptic, will be under protection. Security officers will also be deployed to parks and popular tourist sites, according to the news agency.

Security measures will include closed-circuit television and metal detector systems at places of worship, according to The Christian Post.

The heightened security comes after deadly attacks at churches and mosques earlier in the year.

In the deadliest-ever attack by Islamic extremists in Egypt, militants assaulted a crowded mosque on Nov. 22 during prayers, gunning down worshippers and launching rocket-propelled grenades. More than 300 people were killed -- including at least 27 children -- and the assailants got away.

Over the past year, militants have also carried out bombings of churches in the capital of Cairo and other cities, killing dozens of Christians.

The Islamic State claimed responsibility for the violence.