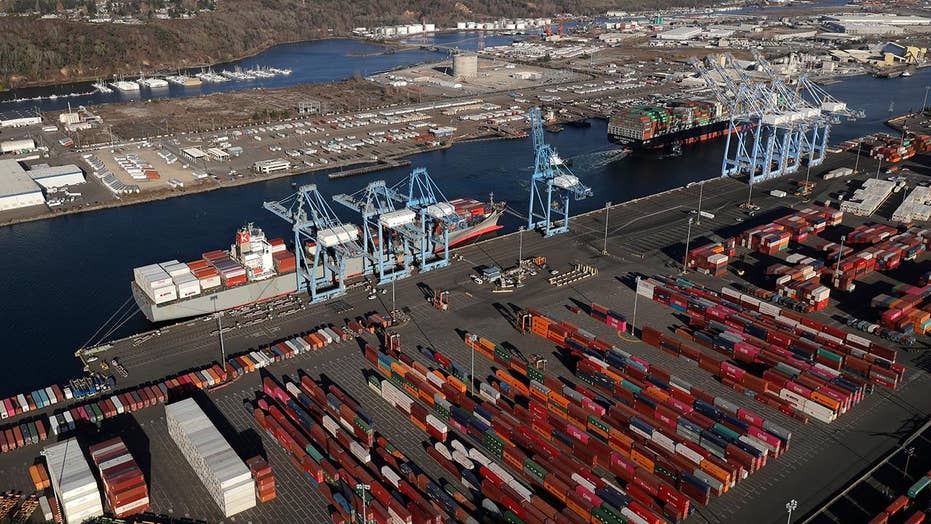 Beijing announces a tariff increase on $60 billion worth of American goods starting June 1; reaction and analysis from Michael Hirson, former chief representative in Beijing for the U.S. Treasury.

China is fighting back against the U.S. in the trade war to “protect its legitimate rights and interests,” state media said in a scathing editorial Tuesday.

According to the editorial posted on the Xinhua News Agency, the trade war between China and the U.S. was dubbed a “people’s war.” The U.S. slapped China with $200 billion in tariffs after failed trade talks last week, while China retaliated with $60 billion in retaliatory tariffs over their own.

“The trade war in the United States is the creation of one person and his administration who have swept along the entire population of the country. Whereas the entire country and all the people of China are being threatened. For us, this is a real 'people's war,’” the editorial read.

The ruling Communist Party’s official People’s Daily, the country’s top newspaper, also urged the U.S. to “give it a rest” when it comes to complaints over a trade deficit with Beijing. The paper said China wasn’t to blame for the trade deficit and that U.S. companies were largely profitable in China.

US President Donald Trump (L) and China's President Xi Jinping shake hands during a business leaders event at the Great Hall of the People in Beijing on November 9, 2017. (Photo credit should read NICOLAS ASFOURI/AFP/Getty Images)

“U.S. consumers, farmers, businesses and so on have become the victims of the trade frictions provoked by the United States. They are not victims of China’s ‘unfair competition,’” the editorial read.

And while Chinese media ramped up aggressive rhetoric over the trade war, China’s top diplomat remained optimistic that a deal would get done between the two countries, according to Reuters.

China’s State Councilor Wang Yi said China and the U.S. both have the “ability and wisdom” to reach a fair trade deal that would be good for both sides.

“We believe that as long as these negotiations are in line with China’s general direction of reform and opening up, in line with China’s fundamental need for high-quality development, and in line with the common and long-term interests of the Chinese and American peoples, both countries’ negotiating teams have the ability and wisdom to resolve each other’s reasonable demands, and in the end reach a mutually beneficial, win-win agreement,” he said.