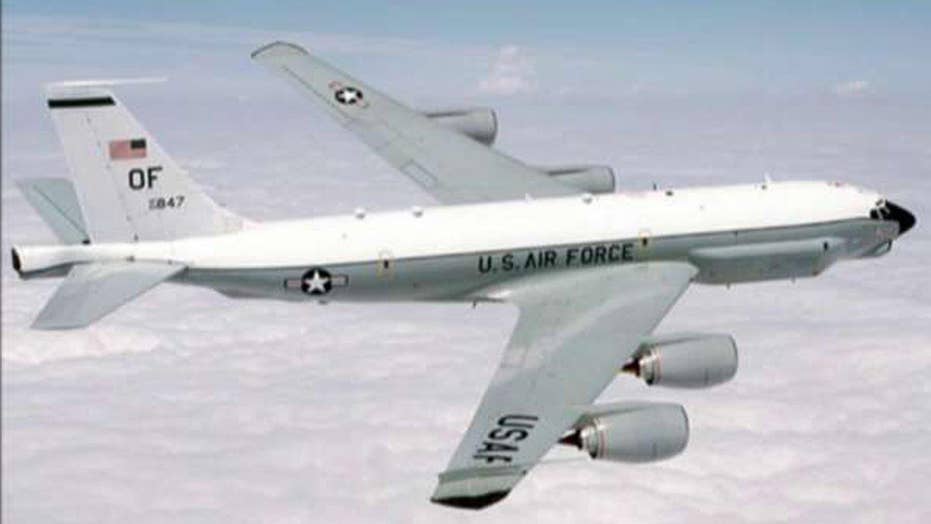 BEIJING – A Chinese jet fighter conducted an “unsafe” intercept of a U.S. spy plane in international airspace over the East China Sea, the U.S. Pacific Command said, in the second such midair encounter in a month.

The jet was one of two Chinese J-10 fighters that intercepted a U.S. Air Force RC-135 reconnaissance plane on routine patrol Tuesday, the Pacific Command said in a statement. That same day, U.S. Secretary of State John Kerry was in Beijing for annual economic and security negotiations that included discussions of regional tensions.

The intercept was the second since Beijing and Washington agreed on rules of behavior for air encounters last September. The Pentagon said last month that a Chinese fighter had flown dangerously close to a U.S. spy plane over the South China Sea. China denied that its plane flew dangerously during that encounter and accused the U.S. of threatening its security by regularly patrolling along the Chinese coast.

The Pacific Command didn't specify where Tuesday’s intercept occurred, saying only that it was in international airspace over the East China Sea. China and Japan both claim a small group of islands there, known as Senkaku in Japanese and Diaoyu in Chinese.

“One of the intercepting Chinese jets had an unsafe excessive rate of closure on the RC-135 aircraft,” the Pacific Command statement said. “Initial assessment is that this seems to be a case of improper airmanship, as no other provocative or unsafe maneuvers occurred.”

The Defense Department is addressing the issue with China “in appropriate diplomatic and military channels,” the statement said.