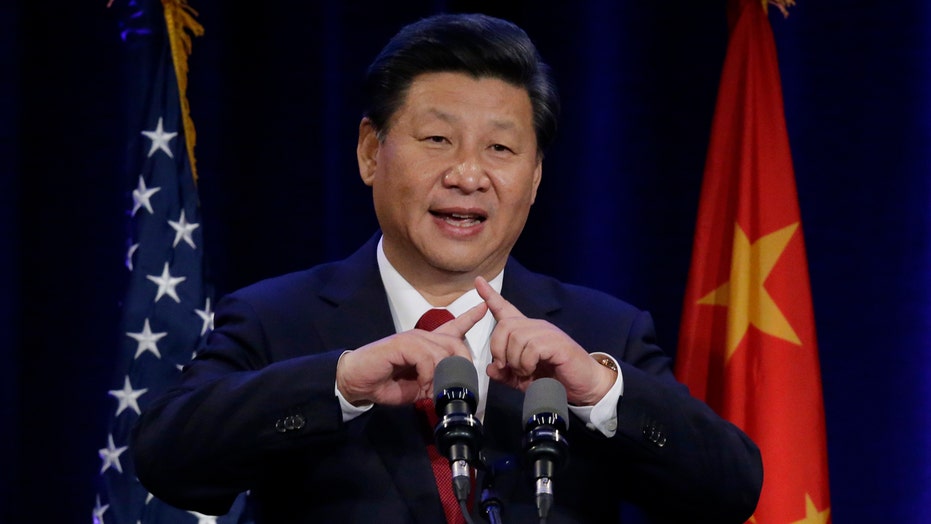 DAVOS, Switzerland – Much of the world's attention is focused on President-elect Donald Trump's upcoming inauguration – but China's president stole the show at the World Economic Forum in Davos.

But, he admitted, it is a double-edged sword.

The Chinese leader’s speech was peppered with proverbs and colorful twists of phrase. Though the Chinese delegation here has been growing each year, it was the first time a Chinese president addressed the World Economic Forum's annual meeting.

Xi’s speech came as populists were making a big push against globalism across parts of the world. It also came as inauguration plans were under way for Trump, who has questioned the benefits of global trade.

Klaus Schwab, the founder and executive chairman of the Forum, noted Xi's presence was important as people search for signposts in uncertain times.

"Protectionism," Xi said, "is like shutting oneself into a dark room. You keep out the wind and rain, but also the light and the air."

Xi said China's rapid growth during the past few years has been the engine for sustained global development. He went on to praise the hard work of the Chinese people. Xi said China will continue on a development plan that suits its needs. The term "win-win" was used several times.

He also said that in the next five years, China was planning to spend $750 billion in direct investment.

It would seem that the United States would salivate over foreign investments from China. But, as economist Nouriel Roubini pointed out in Davos, things are complicated when it comes to China.

There are plenty of sensitive considerations; not the least, matters of national security when it comes to Chinese state-owned companies investing in America, Roubini said.

“In the space of the Internet, the U.S. has been open to Chinese firms, but Facebook and Twitter are not allowed in China and Google is restricted," he said.

But for Roubini, one thing is clear: This will be a critical year for U.S. China relations.