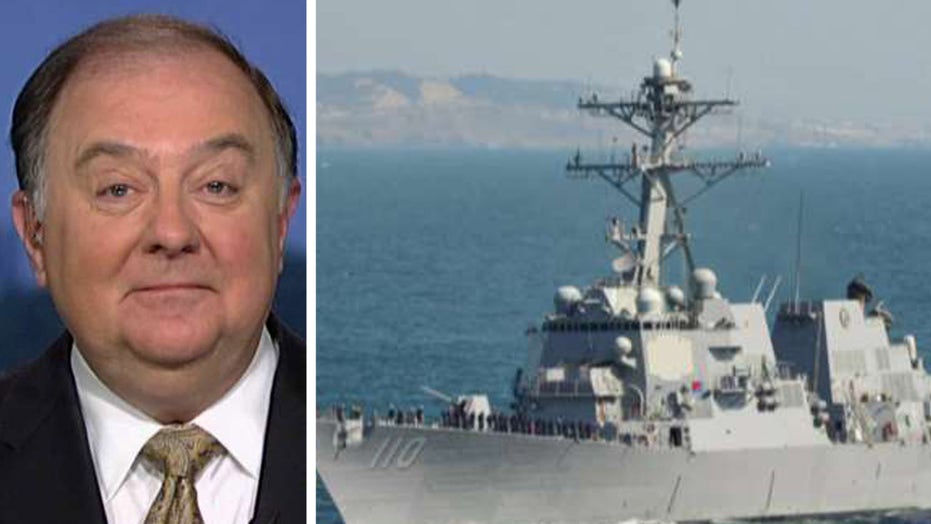 Chinese Chief of the General Staff Fang Fenghui told the Chairman of the U.S. Join Chiefs of Staff Joseph Dunford in a video conference that China values freedom of navigation “more than any other country in the world,” according to a Defense Ministry statement.

Fang denied that Beijing was responsible for the current contentious position it was in with Washington, but wanted to expand communication and cooperation with the U.S. to prevent the issue impacting the overall relationship.

“The common ground and prospects for cooperation between China and the U.S. far exceed our disagreements and contradictions," Fang was quoted as saying. China wants to take the big picture of China-U.S. relations as the basis for approaching the South China Sea issue, Fang said.

The most recent issue came earlier this week when the U.S. Navy destroyer USS William P. Lawrence was met by a conclave of Chinese jets and ships as it sailed past one of China’s largest man-made island to exercise freedom of navigation.

The Fiery Cross Reef of the Spratly Islands chain — which used to be submerged at high tide for all but two rocks — is topped with a long airstrip, harbor and burgeoning above-ground infrastructure. It dwarfs all other features in the disputed area, was recently visited by China's military No. 2 and became prominent in the Chinese media when a famous singer of patriotic anthems entertained troops there.

China said such "provocative actions" justified it in boosting "all categories of military capacity building" on its island strongholds in the South China Sea.

"And we certainly do not want to see the tensions increase, because of the risk that that could pose to the extensive commerce that's conducted in that region of the world," Earnest said.

China has sought to bolster its claim to almost the entire South China Sea by constructing new islands such as Fiery Cross Reef atop coral outcroppings, adding to them airstrips, harbors and military infrastructure.

The U.S. refuses to recognize the new features as enjoying the legal rights of naturally occurring islands, and while it takes no formal position on sovereignty claims, insists that all nations enjoy the right to freely sail and fly through the strategically vital area.