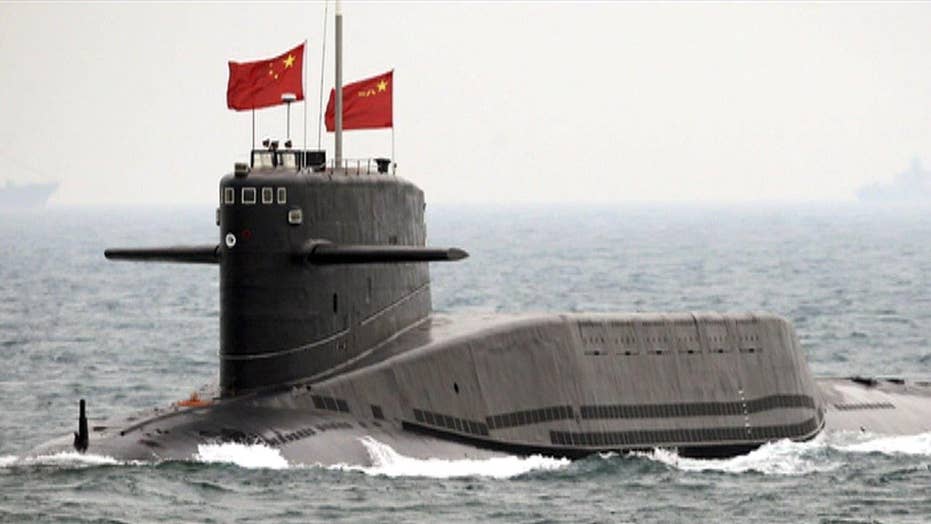 The Chinese military reportedly is planning to send submarines armed with nuclear weapons to patrol the Pacific Ocean for the first time amid territorial disputes over islands in the region.

The Guardian, citing Chinese military officials, said that while the timing for a maiden patrol has not yet been determined, Beijing insists that such an action is inevitable.

The report comes days after U.S. President Barack Obama announced that he had lifted a decades-long arms embargo against Vietnam. Chinese officials publicly praised the move, but an opinion piece in a state-run newspaper warned that any attempt to enlist Vietnam in an effort to contain China "bodes ill for regional peace and stability, as it would further complicate the situation in the South China Sea, and risk turning the region into a tinderbox of conflicts."

U.S. Secretary of State John Kerry responded Monday by saying that it was China's actions in the South and East China Seas that could create a tinderbox.

"I would caution China to not unilaterally move to engage in reclamation activities and militarization of islands," he said.

The Pentagon says China has reclaimed more than 3,200 acres of land in the South China Sea and is developing and building military installations on the manmade islands.

As a consequence, the U.S. and Vietnam have steadily strengthened their relationship in recent years, in line with growing Vietnamese concern over Chinese moves to assert its maritime claims.

Despite China and Vietnam being Communist countries, clashes in 1988 over their conflicting claims in the South China Sea killed dozens of people. The tensions reared again in 2014, when China parked an oil rig off Vietnam's central coast, sparking confrontations at sea and deadly anti-China riots in Vietnam.

Last week, the Pentagon said two Chinese fighter jets flew within about 50 feet of a U.S. Navy reconnaissance plane in what was termed an "unsafe intercept."

China responded by demanding that the U.S. end surveillance patrols around the South China Sea, with a foreign ministry spokesman claiming that such missions "seriously endanger Chinese maritime security."

Earlier this month, a U.S. Navy destroyer sailed within 12 miles of China’s Fiery Cross reef, an artificial island made after months of dredging operations. It was the third time the Navy sailed a warship close to a contested Chinese island in what the Pentagon calls “freedom of navigation” operations. Beijing responded by scrambling fighter jets to show its displeasure.