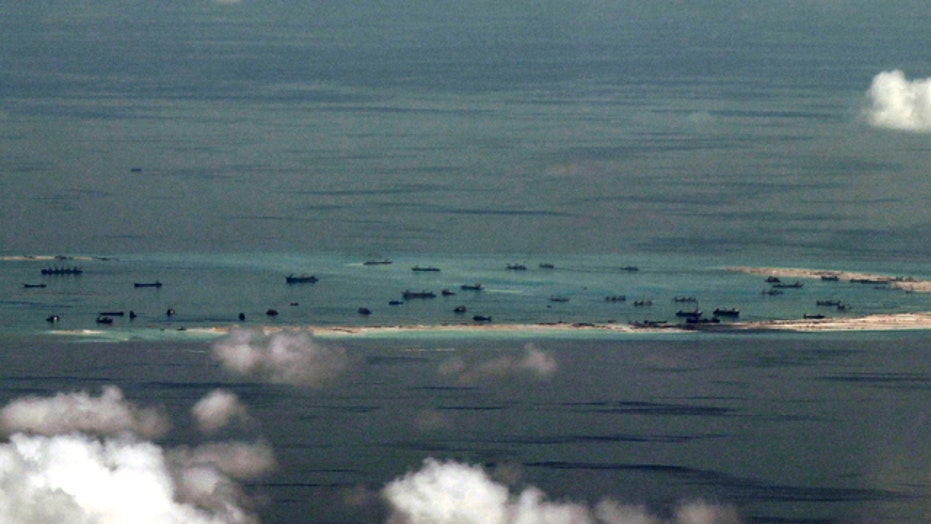 China’s development of manmade islands in the disputed South China Sea is raising alarms over an increased political and possible military standoff in the region.

Both suggest the fragile peace between the many countries involved could break down very quickly.

“The risk is growing that a miscalculation on the part of either China or any of the other rival claimants could escalate into a situation nobody wants – this is something that is of greatest concern to all sides, including the U.S. and Chinese leadership,” said Heath, senior international defense research analyst at the global policy think tank RAND Corporation.

“The conflict in the South China Sea is nothing new. The Chinese have been claiming more or less the entirety of the South China Sea since as far back as the 1950s,” Brooks, an adjunct senior fellow for Asia with the Council on Foreign Relations, told FoxNews.com.

China claims nearly 90 percent of South China Sea. This goes against other claims made by neighboring countries Brunei, Malaysia, the Philippines, Taiwan and Vietnam.

The Chinese believe this region is a vital part of their country and any attempt to disrupt this is a challenge to China’s security interests.

Brooks says what’s new is “a more muscular, nationalistic China of recent years does seem determined to change the facts on the ground to strengthen their claims in perpetuity.”

Heath believes this new Chinese strategy comes from the idea that “they have the money, the resources, the military, and they feel they’ve got the ‘carrots’ in the form of trade deals and economic initiatives that can convince the countries in southeast Asia to go along with what China wants to do.”

“[China] is the second-largest economy in the world, it has the world’s fastest growing military, and the Chinese leadership has made clear [to their military] to not only have regional power projection capabilities, but in fact, global reach,” said Brooks.

She points out that the U.S. should work “to build a stronger coalition among these countries that have overlapping claims and issues in order to have more of a collective voice in pushing back on China’s ambitions.”

The new U.S. commander of the Pacific Fleet, Adm. Scott Swift, reassured American allies last week that the U.S. is ready to respond to any crisis in the South China Sea.

One of the major sticking points for the U.S. in this dispute is China’s control over key navigational routes.

“They are destabilizing the situation by building these artificial islands in a rapid amount of time and militarizing those facilities … and this is a major artery in which commercial traffic for the United States passes through as well as our military vessels,” said Heath. “The U.S. has very strong interests in making sure these seas remain free and open.”

“China’s unprecedented race to change the facts on the ground … is creating a lot of anxiety in the U.S. for a good reason,” said Brooks. “Any significant escalation between the U.S. and China or the Chinese and their neighbors could have a very serious impact on the fragile global economy or worse.”