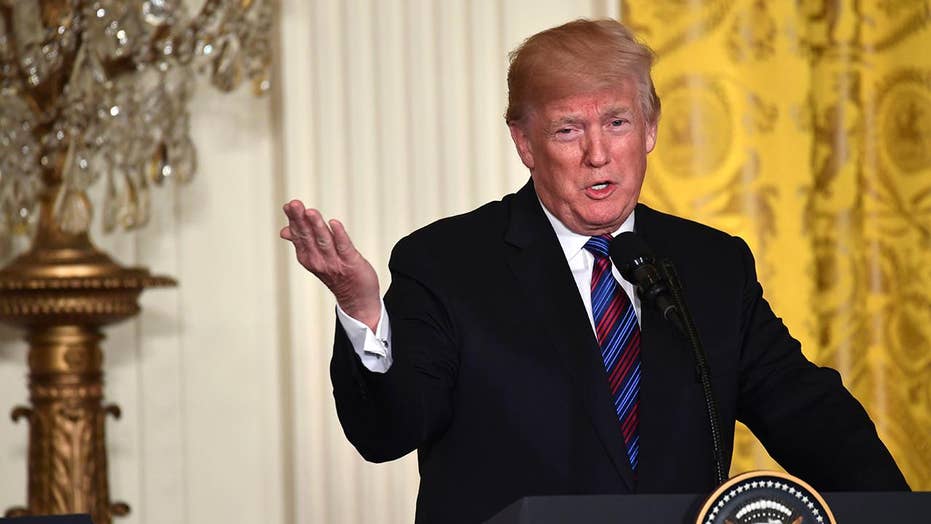 Former Under Secretary of Commerce Stefan Selig on President Trump’s tweet that U.S.-China trade is “stupid trade,” and why he doesn’t expect there to be a trade war.

Xi's announcement was seen by some as a win for Trump, who has railed against what he says are China's systematically unfair, restrictive trade practices.

But Xi was only looking at improving China's economy, and was not reacting in any way to the White House, Commerce Ministry spokesman Gao Fen insisted.

The official Xinhua News Agency paraphrased Gao as saying Xi's pledges "have nothing to do with Chinese-U.S. trade frictions."

China has pledged to "counterattack with great strength" if Trump follows through on his latest threat to impose tariffs on an additional $100 billion in Chinese goods -- after an earlier announcement that targeted $50 billion.

Xi seemed to skirt the tensions during his keynote address at the opening of the Boao Forum for Asia on Tuesday.

"President Xi and I will always be friends, no matter what happens with our dispute on trade."

“We will take the initiative to expand imports,” Xi said. "China does not seek trade surplus; we have a genuine desire to increase imports and achieve greater balance of international payments under the current account."

Xi added Beijing will "significantly lower" tariffs on auto imports this year and ease restrictions on foreign ownership in the auto industry as soon as possible. He said that "China's door of opening up will not be closed, and will only open wider."

For his part, Trump on Sunday reiterated that it's nothing personal.

"President Xi and I will always be friends, no matter what happens with our dispute on trade," Trump tweeted. "China will take down its Trade Barriers because it is the right thing to do. Taxes will become Reciprocal & a deal will be made on Intellectual Property. Great future for both countries!"

But in a tweet on Monday morning, Trump noted that when a Chinese-made vehicle is sent to the U.S., the tariff is only 2.5 percent, while American cars exported to China are slapped with a 25 percent tariff.