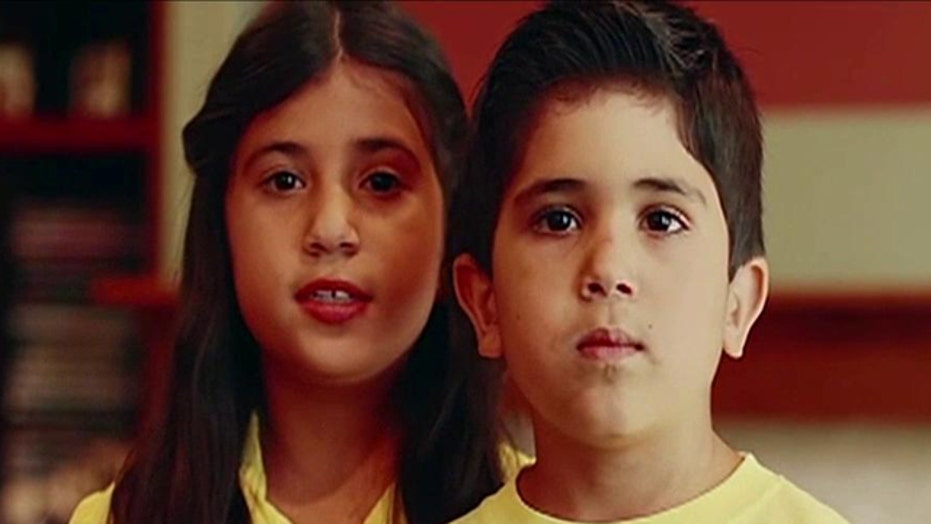 A heart-wrenching new video shows the teary-eyed young children of imprisoned American pastor Saeed Abedini in an impassioned appeal to President Obama for help in getting their father freed from an Iranian prison.

The YouTube video shows Rebekka and Jacob Abedini pleading with Obama for help in bringing their Daddy home.

“I miss him so much,” Rebekka says in the video, posted last week.

“I don’t want him to miss another birthday or Christmas or Father’s Day,” Jacob adds.

The 33-year-old Saeed Abedini is in his second year of an eight-year prison sentence handed down to him for allegedly evangelizing in his homeland.

Abedini’s family is from Boise, Idaho, where his wife Naghmeh has been organizing a worldwide effort to pressure the Iranian government to release her husband.

“Why does our Daddy need to be in prison for loving Jesus,” Rebekka says as she stares into the camera.

In another scene, tears roll down her face as she stares in the camera from her bed.

“I pray that Daddy comes back home,” she cries. “But he’s still not home.”

Jacob says his heart is crying and points to his heart when his mother asks him where it hurts.

“It cries because it misses Daddy,” the boy says of his heart. “I miss him a lot…a thousand lots."

In June, Secretary of State John Kerry said the U.S. continues to call for Abedini’s release.

“In Iran, U.S. Iranian citizen Pastor Saeed Abedini remains imprisoned. The Iranian authorities sentenced him to eight years behind bars simply because of his religious beliefs,” Kerry said. “We will continue to call for his release and we will continue to work for it."