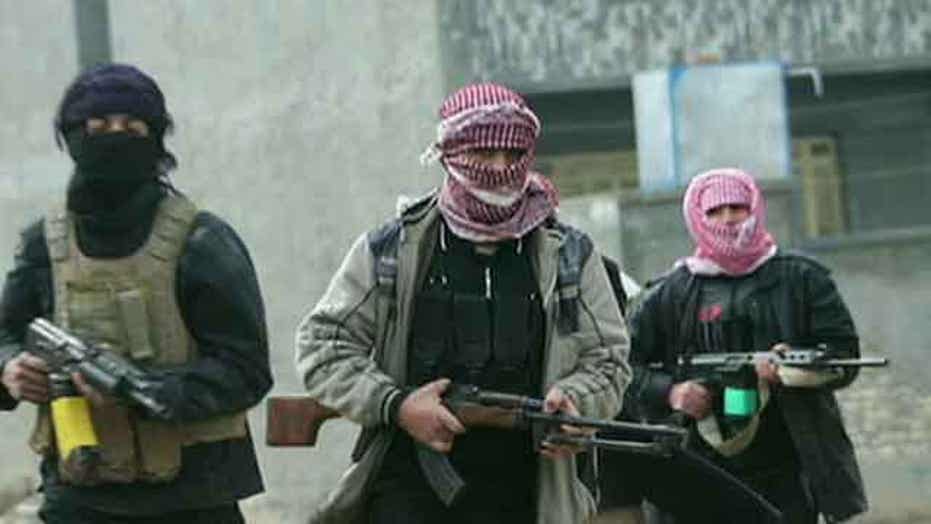 Council on Foreign Relations’ Stephen Biddle on the current threat

A U.S. defense policy expert said Monday that Al Qaeda is using a longstanding feud between Iraq’s Shite-led government and the Sunni population to re-establish control in parts of the country.

In an interview with Fox News National Security Analyst KT McFarland, adjunct senior fellow for defense policy at the Council on Foreign Relations Stephen Biddle said, "Al Qaeda’s resurgence is a response to gradual decay in the relationship between Sunni and Shia Iraq and that’s the underlying problem here that needs to get solved or its going to get worse.”

Biddle, author of “Military Power: Explaining Victory and Defeat in Modern Battle,” explained the extremist insurgency never ended several years ago, but only weakened. “They were never completely destroyed even during the surge in 2007 and 2008.”

Critics have warned the only way to end violence in Iraq is to develop a power sharing agreement, but Iraqi Prime Minister Nouri al-Maliki has no intentions to do so. Biddle agrees.

“Maliki by some accounts is recalculating his strategy at the moment," said Biddle. "His strategy of mostly trying to crush Sunni political opposition in Iraq wasn’t working."

Biddle recognized the American people “have very little stomach for getting re-engaged in Iraq.”

He added, “if Maliki himself doesn’t make the decision that he needs to reserve course, stop strong arming Iraqi Sunnis … unfortunately I don’t there is much the United States can do.