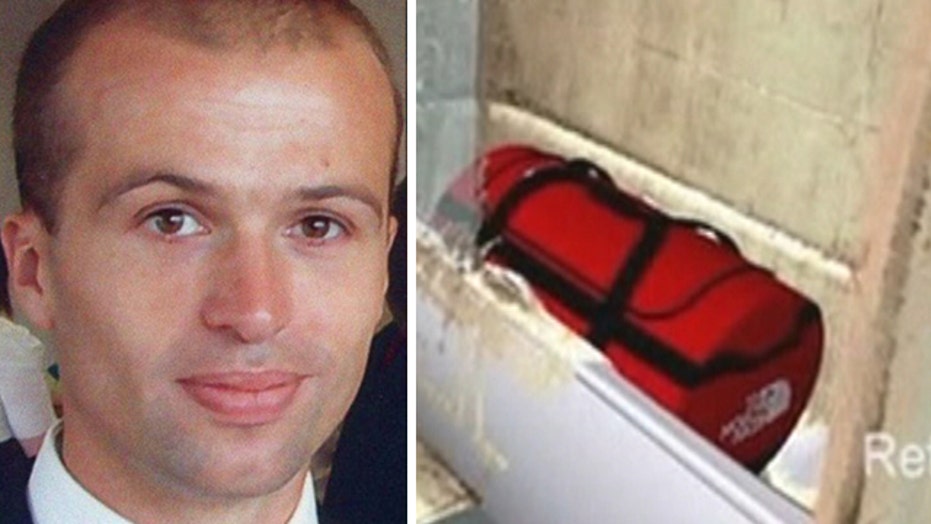 A spy whose naked, decomposing body was found in a padlocked gym bag at his apartment likely died in an accident with no one else involved, British police said Wednesday.

Metropolitan Police Deputy Assistant Commissioner Martin Hewitt said the death of Gareth Williams, whose remains were found inside a bag in his bathtub in August 2010, was "most probably" an accident.

"I'm convinced that Gareth's death was in no way linked to his work," Hewitt told Reuters.

But he conceded that the facts could not be established beyond a reasonable doubt, and Williams' family members said they still believe he was killed.

Tests found no traces of alcohol, drugs or poison in his body, Reuters reported.

The police verdict also disagrees with a coroner's inquest, which concluded last year that Williams had probably been killed by another person in a "criminally meditated act."

Hewitt told reporters at Scotland Yard headquarters that a police review had found little evidence of foul play in a death that has spawned a host of theories, from assassination to sexual adventure gone awry.

Williams, a cyberwarfare expert, worked for Britain's GCHQ eavesdropping service and was attached to the overseas espionage agency MI6 when he died. According to Reuters, Williams worked as a code breaker at the GCHQ.

Hewitt said the police position "is that, on balance, it is a more probable conclusion that there was no other person present when Gareth died."

"But the reality is that for both hypotheses, there exist evidential contradictions and gaps in our understanding."

Some have raised the possibility that Williams locked himself in the bag as part of a sex game gone wrong. Investigators found that he had visited bondage and sadomasochism websites, including some related to claustrophilia -- a desire for confinement in enclosed spaces.

Police concluded that it could have been possible for Williams to climb inside the sports bag and lock it. However, none of Williams' DNA was found on the lock on the bag and his palm prints were not found on the rim of the bath.

Coroner Fiona Wilcox last year was critical in her inquest verdict of MI6, which failed to pass evidence to investigating police. And she said that while it appeared unlikely that British intelligence agencies were involved in Williams' death, it was a "legitimate line of inquiry."

Hewitt said there was no evidence that the apartment had been cleaned to remove forensic traces and nothing to suggest a struggle or a break-in.

And he dismissed the idea that Britain's secretive intelligence services had carried out a coverup.

"I do not believe that I have had the wool pulled over my eyes," he said. "I believe that what we are dealing with is a tragic unexplained death."

He said there was "no evidence to support the theory that Gareth's death was in any way related to his work."

Williams' relatives said in a statement that they were disappointed that the facts were still not clear, but still believed it was likely he had been the victim of foul play.

"We consider that on the basis of the facts known at present the coroner's verdict accurately reflects the circumstances of Gareth's death," the statement said.