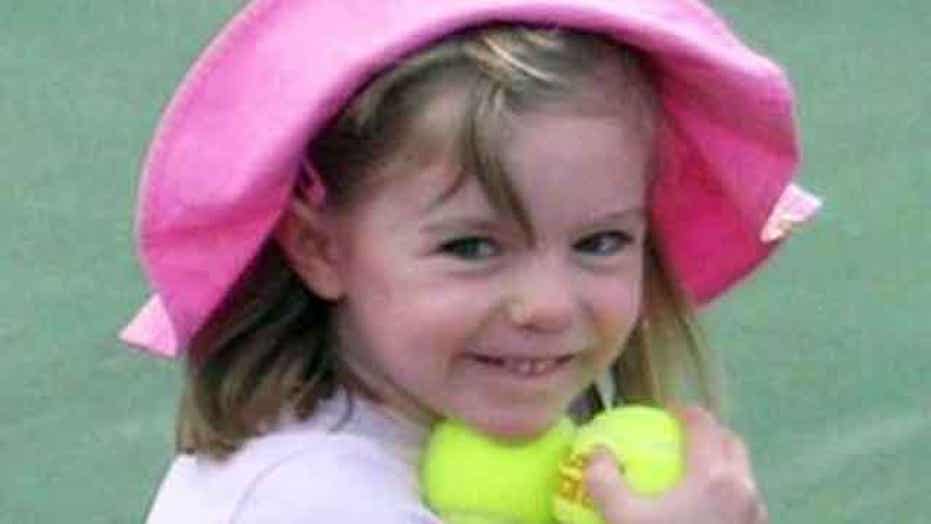 British police are on their way to Portugal to arrest three men in connection with the case of Madeleine McCann, the British toddler who disappeared in 2007 while on a family vacation at a Portuguese resort.

Britain’s Metropolitan Police Service wants to question three thieves who carried out raids in the coastal town of Praia da Luz, where the then 3-year-old McCann was last seen, according to a report in London’s Daily Mirror.

The girl’s case was reopened in 2011 and investigators have been following new leads in hopes of finding little Madeleine, who would be 10 years old now.  Recently discovered cellphone records showed the three suspects made several calls to each other in the hours after the girl vanished.

"Madeleine went missing and within minutes the phones of these suspects were 'red hot' - they were talking to each other an awful lot,” said Martin Brunt, a Sky News crime correspondent. “Investigators have no idea what they were saying to each other. There are no recordings of the phone conversations, but the activity was such that it's raised suspicions."

“The letter is a significant development. It is necessary for British police to request the Portuguese authorities allow them to operate on their turf,” a spokesman for Madeleine’s parents Kate and Gerry told the Mirror.

“Whether the Portuguese will co-operate remains to be seen. It is a very sensitive issue with differences they have had,” the unnamed spokesperson said. “Police want to be given a chance to arrest key suspects. It doesn’t prove they have Madeleine, but it will rule them in or out of the investigation and that is i­mportant.”

Days before Madeleine’s disappearance in May 2007, the burglars raided another vacation home, disturbing a child. The youngster’s parents interrupted the robbers, who fled the scene.

“Portuguese police attached no significance to the burglary at the time. British officers regard this as an oversight,” a British investigator said.

The number of robberies in the resort area increased by four times between January and May 2007, police later established, according to a BBC report. Police said in October that in the 17 days before Madeleine disappeared, there was one burglary and one attempted burglary in the block where the McCann family was staying.

Metro Police have not been able to arrest the suspected burglars because Portuguese cops are resisting a joint investigation. Diplomatic discussions are under way to try to make a deal for British detectives to base their case in Portugal.

“We can confirm a second International Letter of Request has been sent to the Portuguese authorities by the Crown Prosecution Services,” a Scotland Yard spokesperson told the Mirror.

No formal arrests have ever been made in the McCann case. Her parents, Kate and Gerry, both 45 and doctors, were initial suspects but were eventually cleared in 2008.

After hearing news of the possible arrests, the McCanns responded with caution. “Kate and Gerry don’t want to build up their hopes too high, but they realize it could be a significant new lead,” their spokesperson said.