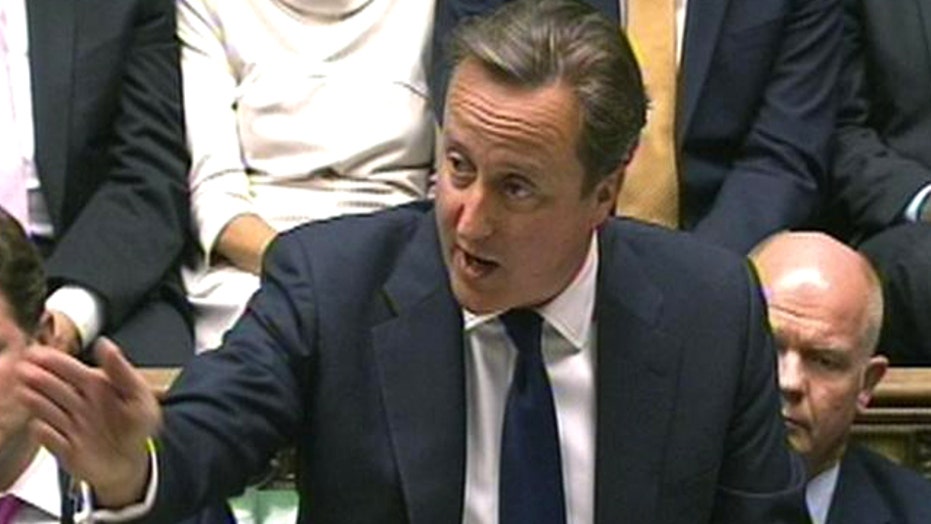 British lawmakers voted Friday to join the U.S.-led coalition and launch airstrikes on Islamic State group militants as early as this weekend in northern Iraq, but the motion did not endorse airstrikes in Syria.

Prime Minister David Cameron described the moves as critical to national security, arguing that facing down terrorists has become a matter of urgency.

"There isn't a walk-on-by option; there isn't an option hoping it will all go away," he said.

He made a passionate plea that spelled out the consequences of inaction in drastic terms -- noting that the militants had beheaded their victims, gouged out eyes and carried out crucifixions to promote goals from the "Dark Ages."

The Independent newspaper reported that Cameron summed up ISIS fighters as, "psychopathic terrorists who want to kill us."

Earlier in the day, Belgium and Denmark also voted to join the coalition. American warplanes and drones hit Islamic State tanks, Humvees, checkpoints and bunkers Friday with aims to roll back and ultimately crush the Islamic State group.

Denmark said it would send seven F-16 fighter jets and 250 pilots and support staff, while Belgium will contribute six F-16s that are already en route to Jordan so they can go into action as early as Saturday.

"No one should be ducking in this case," said Danish Prime Minister Helle Thorning-Schmidt. "Everyone should contribute."

Britain is expected to deploy Tornado fighters, which are in Cyprus -- within striking distance of northern Iraq.

The debate in Britain about bombing Syria promises to be contentious. Last year, Ed Miliband, the leader of the Labour Party, voted against airstrikes in Syria and said more work needs to be done.

"The point I have been making in the last few days is, in my view, when we are not talking about being invited in by a democratic state it would be better - I put it no higher than that - it would be better to seek a UN Security Council resolution," the paper quoted him as saying.