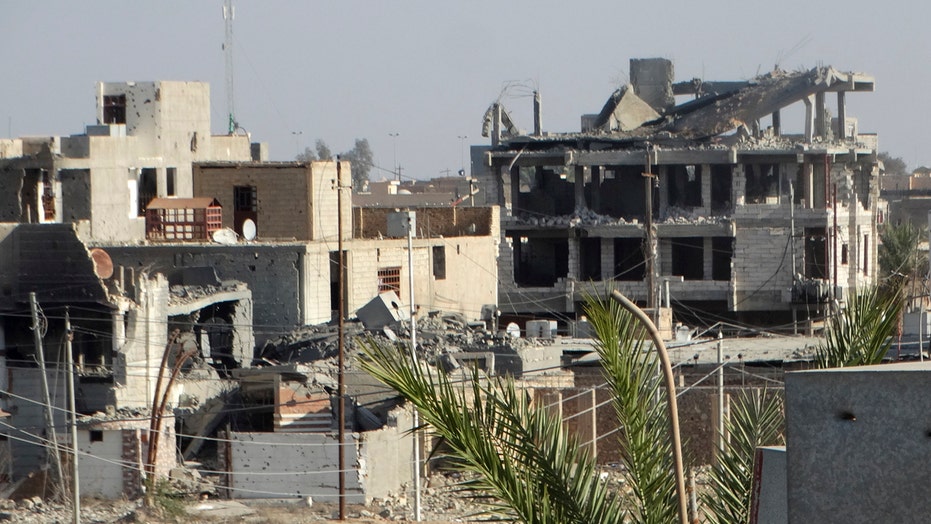 US airstrikes pound targets near Iraqi city of Ramadi

Four Royal Air Force Tornados took off from a British air base in Akrotiri, Cyprus, shortly after the 397-223 vote by lawmakers in the House of Commons.

A Ministry of Defense spokesman told the AP the planes had conducted strikes in Syria, and details about their targets would be provided later Thursday,

He spoke on condition of anonymity because he was not authorized to give his name when discussing operations.

The RAF has been launching strikes against IS targets in Iraq since 2014. The decision to expand the campaign to Syria came after an emotional 10 1/2-hour debate in which Prime Minister David Cameron said that Britain must strike the militants in their heartland and not "sit back and wait for them to attack us."

Opponents argued that Britain's entry into Syria's crowded airspace would make little difference, and said Cameron's military plan was based on wishful thinking that overlooked the messy reality of the Syrian civil war.

Cameron has long wanted to target IS in Syria, but had been unsure of getting majority support in the House of Commons until now. He suffered an embarrassing defeat in 2013 when lawmakers rejected a motion backing attacks on the forces of Syrian President Bashar Assad.

The mood has changed following the Nov. 13 Paris attacks, claimed by IS, that killed 130 people. Both France and the U.S. have urged Britain to join their air campaign in Syria, and Cameron said Britain should not let its allies down.

He said Britain was already a top target for IS attacks, and airstrikes would reduce the group's ability to plan more Paris-style carnage.

"Do we work with our allies to degrade and destroy this threat and do we go after these terrorists in their heartlands, from where they are plotting to kill British people?" he said. "Or do we sit back and wait for them to attack us?"

He said that attacking IS was not anti-Muslim but "a defense of Islam" against "women-raping, Muslim-murdering, medieval monsters."

Cameron was backed by most members of his governing Conservative Party — which holds 330 of the 650 Commons seats — as well as members of the smaller Liberal Democrat party and others.

Labour, the main opposition, was divided. Labour leader Jeremy Corbyn — who represents the left wing of the party — spoke against what he called a "reckless and half-baked intervention." But more than 60 Labour lawmakers, including senior party figures, voted in support of airstrikes, a move likely to make fissures between the right and the left of the party even worse.

Labour foreign affairs spokesman Hilary Benn said Britain could not "walk by on the other side of the road" when international allies were asking for help against IS "fascists."

Britain already conducts airstrikes against IS targets in Iraq, and in August launched a drone strike that killed two British IS militants in Syria.

President Barack Obama welcomed the British vote to join the air campaign in Syria, saying the Islamic State group "is a global threat that must be defeated by a global response."

Critics claim British airstrikes will make little practical difference, and that ground forces will be needed to root out IS. Britain has ruled out sending troops, and critics of the government have responded with skepticism to Cameron's claim that there are 70,000 moderate Syrian rebels on the ground.

Cameron stood by that claim Wednesday, though he conceded, "I'm not saying that the 70,000 are our ideal partners."

Karin von Hippel, who was chief of staff to U.S. Gen. John Allen when he was the United States' anti-ISIS envoy, said force alone would not defeat the militants — but neither would diplomacy by itself.

"The Brits have expertise and capabilities," she said. Their involvement "brings moral authority and legitimacy to the fight."

The British vote came as U.S. Secretary of State John Kerry said NATO members were ready to step up military efforts against the Islamic State group — and held out hope of improved cooperation between the West and Russia to end Syria's four-year civil war.

A day after U.S. Defense Secretary Ash Carter said the United States would deploy a new special operations force to Iraq to step up the fight against the militants, Kerry said other countries could provide assistance that did not involve combat. He said the effort to expand operations would require more medical facilities, intelligence-gathering, military support structure, refueling operations, aerial defenses and other action.

The German Cabinet has approved plans to commit up to 1,200 soldiers to support the anti-IS coalition in Syria, though not in a combat role.

Despite talk of increased international cooperation, tension has soared between Russia and Turkey after the shooting down of a Russian military jet by Turkish forces last week.

Erdogan called the claim "slander" and said Turkey would not "buy oil from a terror organization."

Russia and the United States also disagree about tactics in Syria, with Moscow backing Assad and Washington saying he must go.

But Kerry, speaking after NATO meetings in Brussels, said that if Russia's focus on fighting IS was "genuine," it could have a constructive role in bringing peace. He didn't say whether the U.S. might be willing to bring Russia into its military effort against the group, as some members such as France have proposed.

U.S. officials had hoped Russia would change its bombing focus after the Oct. 31 attack on a Russian airliner over Egypt, which killed 224 people.

Asserting that the "vast majority" of Russian sorties targeted moderate groups, Breedlove said coalition forces were "not working with or cooperating with Russia in Syria" but had devised safety routines to make it easier for both groups.

The British debate was sometimes bad-tempered as opposition lawmakers demanded Cameron apologize for remarks, reportedly made at a closed-door meeting, in which he branded opponents a "bunch of terrorist sympathizers."

From the passionate speeches in the House to the anti-war protesters outside Parliament, the debate recalled Britain's divisive 2003 decision to join the U.S.-led invasion of Iraq on what turned out to be false claims about Saddam Hussein's alleged weapons of mass destruction. Many lawmakers came to regret supporting the war and ensuing chaos, and blamed then-Labour Prime Minister Tony Blair for lacking a plan for post-war reconstruction.

Labour's Shabana Mahmood — one of the few Muslim lawmakers in Parliament — called IS "Nazi-esque totalitarians who are outlaws from Islam," but said she opposed the strikes because "we cannot simply bomb the ground, we have to have a strategy to hold it as well."

But Cameron said doing nothing was a worse option.

"The risks of inaction are greater than the risks of what I propose," he said.