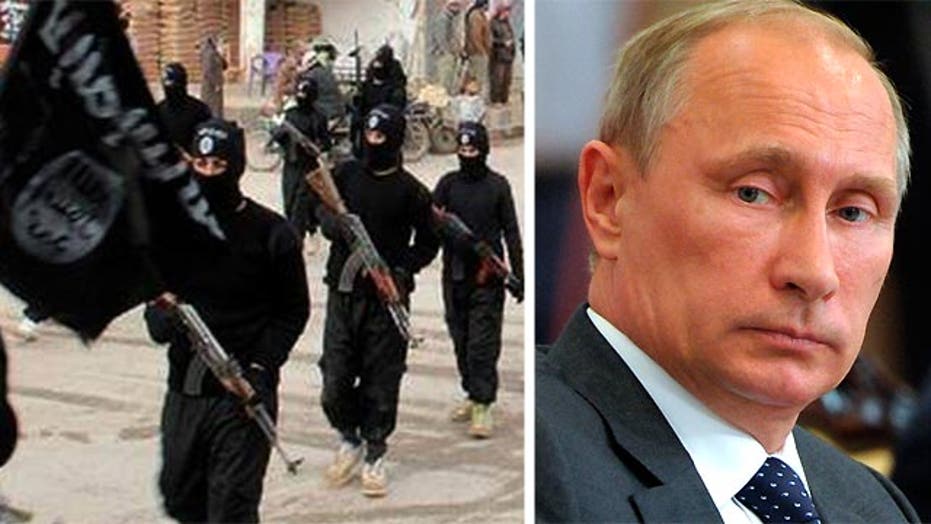 What message does US response in Iraq send to Russia, world?

Path forward for US amid world crises

Former U.S. Ambassador to the U.N. John Bolton said Wednesday on Fox News that America should become involved in stopping the growing threat of ISIS fighters in Iraq.

Appearing on "The Real Story," Bolton said, "the only thing that is going to stop this growth of terrorism -- as states deteriorate all over the Middle East -- is an American involvement, with a coalition of others, who understand that the terrorist threat – the threat of extremist Islam, remains and is growing. And our policy the past several months has been passivity in the face of ISIS in Iraq and a whole series of other crises that we see developing too."

The U.S. approach in Iraq has also raised concerns over what message is being sent around the world to other areas like Russia, where President Vladimir Putin is heightening tensions with the Ukraine by ordering retaliatory sanctions against the West.

"I think it sends a message that the United States is uninterested and disengaged," Bolton said. "Whatever minimal order and stability there is in the world, and there's not much, is because of the United States and its structure of alliances -- our projection of our influence. And over the past several years, the fact is we have withdrawn, turned inward, we've reduced our influence. And what's happening is that chaos is spreading, bit, by bit, by bit."