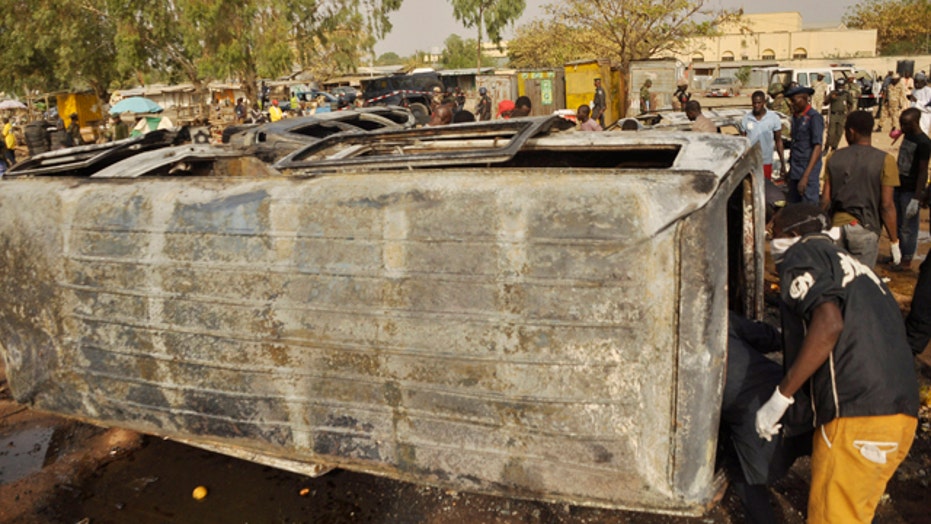 Is enough being done to stop Boko Haram in West Africa?

The terrorist group Boko Haram kidnapped more than 200 school girls in Nigeria nearly one year ago and, since then, fears of further widespread instability have developed as terrorists there ramp up attacks in Nigeria and surrounding countries.

The Multinational Joint Task Force, compromised of Nigerian and other African national troops, has had limited success so far.

“Boko Haram earlier this year controlled as much as 17 percent of Nigeria’s territory … there is still a lot to be done. Nigeria’s forces face massive problems of corruption and low morale … so it’s a long way to go,’ said Poling, director of government relations at the Foreign Policy Initiative.

Diplomatic tensions between Nigerian and U.S. officials have stalled any additional help to fight Boko Haram.

“There was some tensions in the relations this past year when the U.S. refused to allow Nigeria to purchase Cobra attack helicopters from Israel … Nigeria then abruptly stopped a training exercise – the U.S. has had a bit of trouble engaging the Nigerian military,” said Cooke, the African program director with the Center for Strategic and International Studies.

“The opponent of Goodluck Jonathan, Muhammadu Buhari, has come in offering a lot of ideas in terms of reform and to root out corruption … there could be a potential change after these elections, but if Goodluck Jonathan remains the president there are a lot of things he needs to do to address that corruption,” said Poling.

There are growing concerns any political infighting after the election could further give radicals an opening in Nigeria.

“If the elections are contested, that means everyone is distracted from this problem and it leaves a void,” said Cooke.

Looking ahead, Nigerian officials are looking to develop a long-term strategy to fight the terrorists.

Cooke points out “Boko Haram has lashed back with suicide attacks; there is going to be a long road in eradicating them rather than just pushing them back.”

Both believe a better counterterrorism strategy, stronger economic incentives, and renewed efforts to work with local communities are steps to prevent Boko Haram from expanding even further.