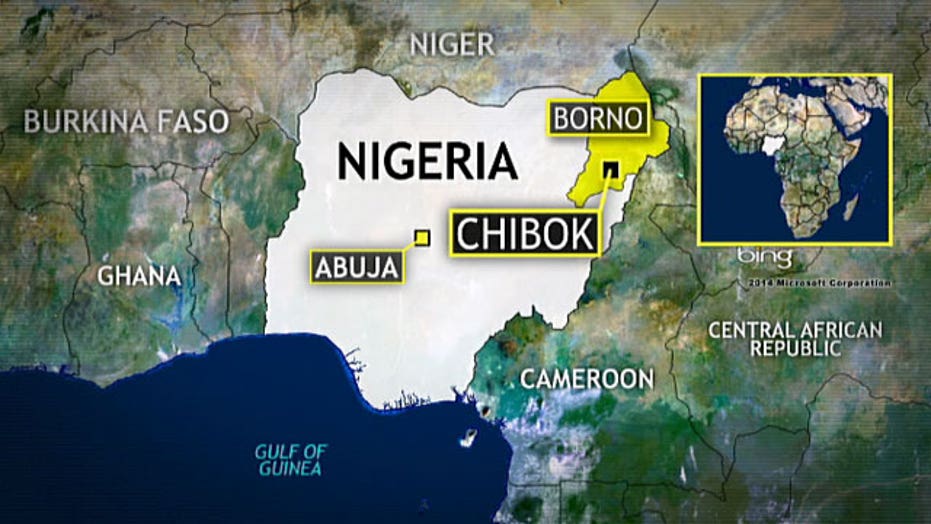 Boko Haram has history of kidnapping girls in Nigeria

The kidnapping of nearly 300 girls in Nigeria by terrorist group Boko Haram in April is not the first time militants have held children ransom. A number of the girls have been held captive by the extremists for almost two years, according to a regional terrorism expert.

Fox News National Security Analyst KT McFarland spoke to Jacob Zenn about the group’s history in Nigeria. Zenn is the African and Eurasian affairs analyst with The Jamestown Foundation and is seen as an expert on terrorism in North Africa.

“Boko Haram’s mass kidnapping of girls three weeks ago … is not  something that happened on the spot, but they have been collecting girls for a number of years in the hopes for a grand hostage exchange with their [fighters] held prisoner,” Zenn said.

He believes organizing a rescue mission is difficult for Nigerian officials.

“The problem with a rescue operation is that the girls have likely been divided into dozens of groups … and have been taken from Nigeria to [neighboring countries],” Zenn said.  The search zone for the girls would be about a span of 1,000 miles, according to Zenn.

Zenn says the rescue of only a portion of the girls could put the other captives at risk. “Any type of mass rescue is almost impossible at this point.”

Zenn points to securing Nigeria’s borders as a way to disrupt the extremists. “[Authorities] can try to prevent this kind of cross-border kidnapping from happening again and getting alert systems on the ground to warn Nigerian troops about Boko Haram activities,” said Zenn.

Until these type of measures are implemented, Zenn fears the militants will achieve their goal of not allowing girls to receive an education.

Watch the full interview with Jacob Zenn above.