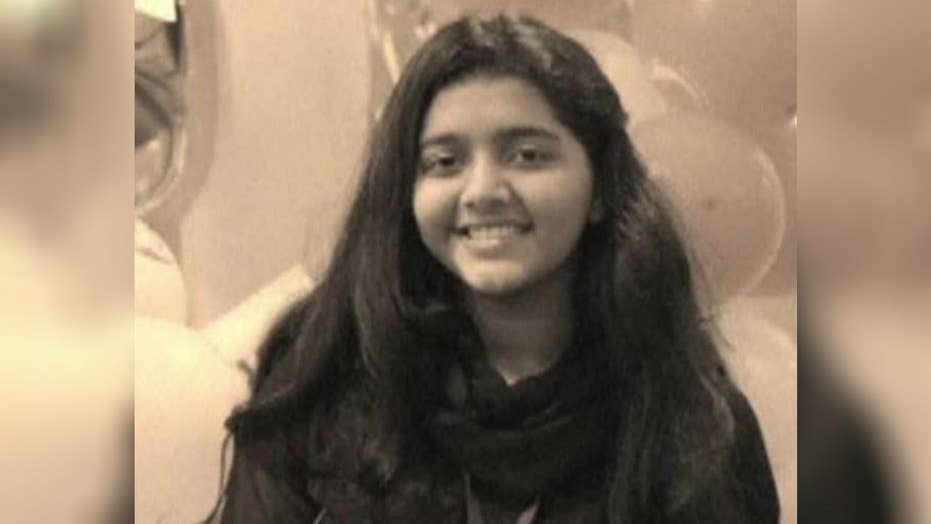 The body of Sabika Sheikh, the Pakistani exchange student who was killed in a mass shooting at Santa Fe High School, was returned to the city of Karachi Wednesday morning.

Sheikh, 17, was one of 10 people who were fatally wounded when a gunman opened fire at the Texas school on Friday.

The foreign exchange student had been attending classes at the school, southeast of Houston, since August, and said that getting accepted into a U.S. program to study was the best thing that ever happened to her.

Funeral prayers are offered for Pakistani exchange student Sabika Sheikh, who was killed in the Santa Fe High School shooting, during a service at the Brand Lane Islamic Center Sunday, May 20, 2018, in Stafford, Texas. (AP Photo/David J. Phillip)

She was supposed to return home to Pakistan in three weeks, by Eid al-Fitr, a three-day holiday that marks the end of the Muslim holy month of Ramadan.

Sheikh's funeral took place at a mosque Sunday afternoon to overflowing crowds. Her host family said their time with her was "such a precious gift."

The honor student's father, Abdul Aziz Sheikh, told The Associated Press in the wake of her death that her family is "still in a state of denial. We can't believe it. It's like a nightmare."

Abdul Aziz Sheikh, center, father of Sabika Sheikh, a victim of a shooting at a Texas high school, shows a picture of his daughter in Karachi, Pakistan, Saturday, May 19, 2018. (AP Photo/Fareed Khan)

But, he said, “One should not lose his heart by such kind of incidents. One should not stop going for education to the U.S. or U.K., or China, or anywhere. One must go for education undeterred." The father added that "controlling such incidents is the responsibility of the respective governments.”

Sheikh, the oldest of three sisters, "[was loved] and she loved everyone," her brother told Pakistan's Geo News. "She was all ready to return home."