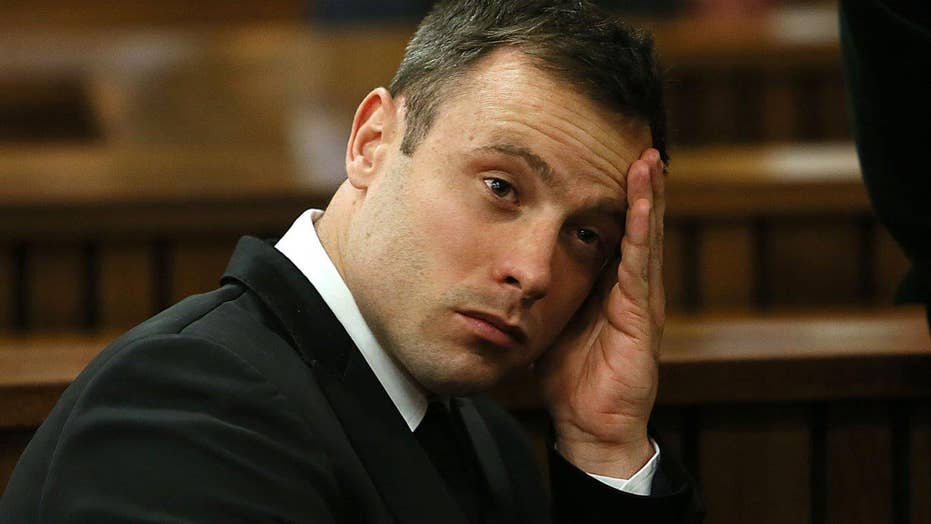 Six years for Pistorius: Does the sentence fit the crime?

Former Paralympic and Olympic sprinter Oscar Pistorius appeared in court Friday as prosecutors in South Africa looked to extend his prison sentence after his 2015 conviction for the murder of his girlfriend in 2013.

Prosecutors asked the Supreme Court of Appeals to extend the double-amputee’s six-year sentence for the killing of Reeva Steenkamp to at least 15 years -- the prescribed minimum sentence for murders that are not premeditated.

It was the second time that prosecutors have gone to the Supreme Court in the central city of Bloemfontein to challenge a decision by Trial Judge Thokozile Masipa.

In 2015, they successfully appealed against her judgment that Pistorius was not guilty of murder. The court overturned Masipa's verdict of culpable homicide — or manslaughter — and convicted Pistorius of murder.

Masipa then sentenced Pistorius to six years in prison for murder, a term just one year longer than her original sentence for manslaughter.

Judges can deviate from prescribed minimum sentences if there are compelling circumstances. The prosecution says there were no compelling reasons for Masipa to give Pistorius a lighter sentence.

"What we are saying is the court exercised its discretion inappropriately," prosecutor Andrea Johnson said in Friday's hearing in front of a panel of five judges. Johnson called the six-year sentence "unjust."

Before the murder, Pistorius -- known as the "Blade Runner" for his prosthethic devices -- drew attention from around the world for his athletic success, achieved despite the loss of both legs below the knee when he was a child.