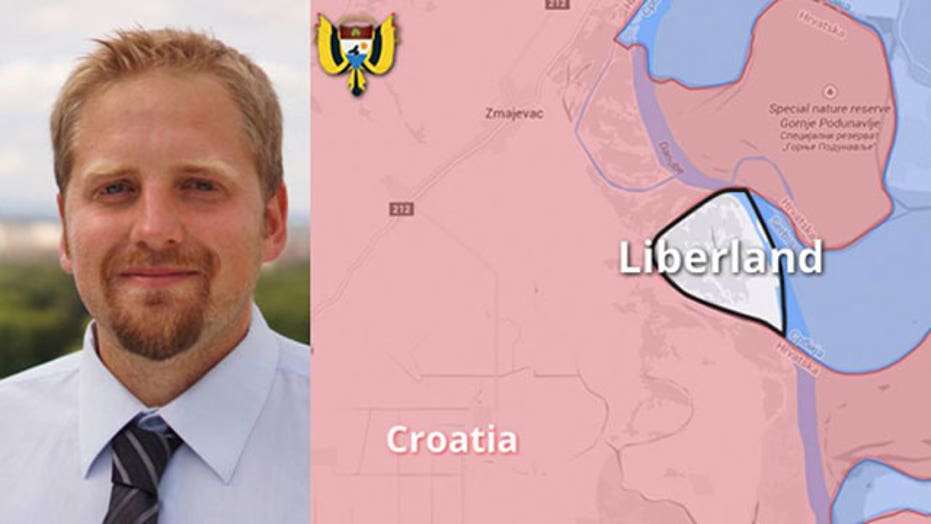 Welcome to Liberland, population 250,000…and anyone else looking for a tax haven.

A self-professed Libertarian politician from the Czech Republic says he has created a new, sovereign country on the Croatian-Serbia border where citizens decide their own tax burden, property and individual rights are respected and the national motto is "Live and Let Live."

Vít Jedlička, a member of the Conservative Party of Free Citizens, recently appointed himself president of the Free Republic of Liberland, a “micronation,” located on the banks of the Danube River in a 2.7-square-mile patch of what he says is unclaimed territory. Jedlička says neither neighboring nation claimed the land when they established their borders following the breakup of Yugoslavia, and claims international law allows his claim.

“The objective of the founders of the new state is to build a country where honest people can prosper without being oppressed by governments making their lives unpleasant through the burden of unnecessary restrictions and taxes,” reads a statement that could be a precursor to Liberland's constitution.

Jedlička, a regional president of one of the Czech Republic's northern districts, told FoxNews.com it was time for a new, independent state in Europe.

“We really felt restricted. We really felt under pressure,” Jedlicka said via a phone interview from Prague. “We really feel that Europe needs another tax haven. We need a place where people can prosper.”

Jedlička says he ran for office a total of five times in his native Czech Republic, always on a platform of tax reform.

“All my opponents told me, ‘you should have your own state to prove your ideas of liberty,’” he said. "So I did it.”

Jedlička began researching existing areas of land classified as terra nullius, or "no man's land." The small plot where he intends to build his nation, where the only resident agreed to the nation-building scheme, was one of the last in existence. Still, it is unclear whether Jedlička is on solid legal ground under international law. Neither Serbia nor Croatia will allow journalists into the area from its territory and the government of Croatia is not recognizing the newly formed nation.

“All my opponents told me, ‘you should have your own state to prove your ideas of liberty’…so I did it.”

An undeterred Jedlička said he has already received about 250,000 applications for citizenship and those people have already been approved, even though most will never live - or likely set foot in - Liberland. He boasted that Liberland has already received commitments from various investors, including one who is willing to set up a telecommunications infrastructure.

“We believe we can set up the last state on the planet. We are taking the best parts of the American Revolution and the U.S. Constitution and applying it here,” he said.

Lloyd Bonfield, an international business law professor at New York Law School said that it’s likely the land where Liberland set up is already part of an existing nation.

"One would probably need to go back to the UN-brokered armistice between Croatia and Yugoslavia in 1992 to ascertain the borders of Croatia,” Bonfield said. “If this land was not within Croatia’s borders, it likely remained part of Yugoslavia and that part of Yugoslavia is now Serbia. It is difficult to see how it would be part of neither.”