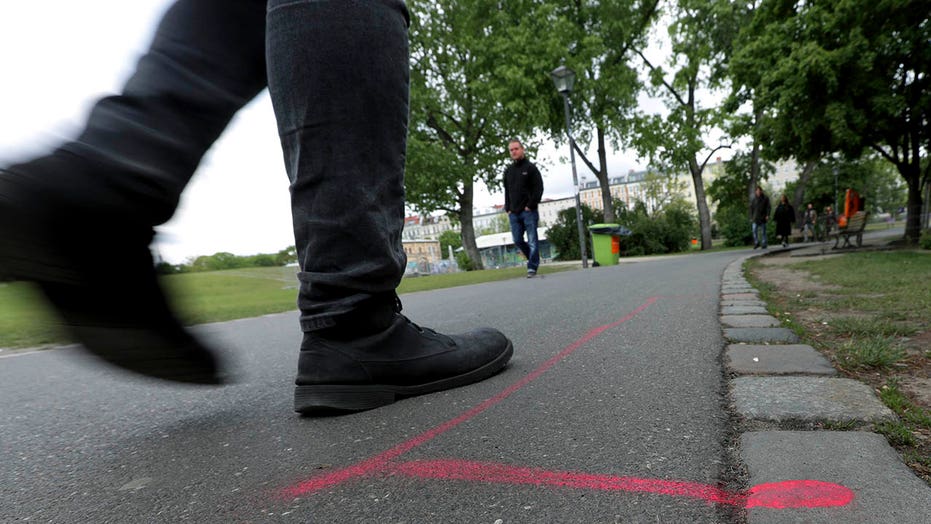 Cengiz Demirci – manager of the popular Goerlitzer Park in the city's trendy Kreuzberg district - believes the designated drug zones will encourage families and joggers who had been intimated by shady gangs and dangerous dealings to come back to the park.

Police have tried - and failed - for years to push drug dealers out of the park. They've even implemented a zero tolerance policy but nothing seems to work.

"This method has purely practical reasoning behind it," Demirci told radio station BBB. "It's not that we're legalizing the selling of drugs."

A man walks past a so called 'Drug Dealer Area' next to a traffic training course for kids at the public Goerlitzer Park in Berlin, Germany, Thursday, May 9, 2019. (AP Photo/Michael Sohn)

Demirci hopes that by cordoning off a section of the park for dealers, they won't loiter around the park's entrance and turn people away.

BODY OF MISSING AMERICAN FOUND BELOW WATERFALLS IN GERMANY

He added that many of the drug dealers are migrants who cannot work and believes the problem might be solved if Germany gave them work permits instead.

Interior Minister Andreas Geisel stressed that Demiirici's plan would not be adopted in other parts of the country.

"Police are fighting drug trafficking, including in Goerlitzer Park," he said.