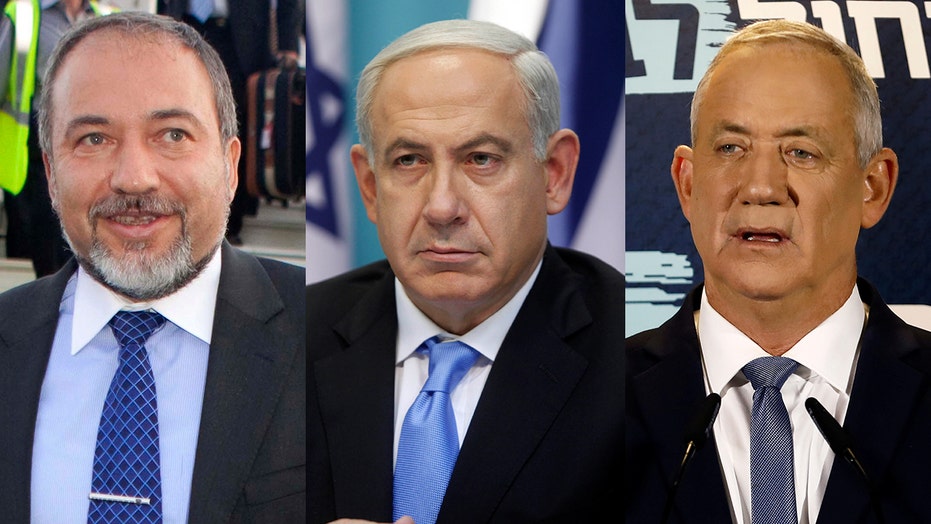 “There’s no point in wasting the country’s time. We’ll meet, see if it’s serious or not, and make a decision accordingly,” Netanyahu told Liberman over the phone, according to The Times of Israel.

However, on Wednesday evening, Liberman, the head of the midsize Yisrael Beytenu party, reiterated that he is opposed to a coalition which would include the full 55-seat bloc of Netanyahu’s supporters in Israel’s Parliament because the prime minister's allies encompass the two ultra-Orthodox parties. Liberman stressed, “We will not be partners” in any government, reiterating his insistence on a unity government comprising only Likud, Blue and White and the Yisrael Beytenu parties, the newspaper reported, adding that he delivered that same message when he met with Gantz last week.

Liberman reportedly said earlier on Wednesday that “if by Yom Kippur [next Tuesday evening] there is no breakthrough, Yisrael Beytenu will present its own offer to the two factions [Likud and Blue and White].”

Israel’s elections last month took place because Netanyahu, the longest-serving leader in Israeli history, was unable to form a coalition without Liberman's support after the election five months earlier. Liberman refused to join a government led by Netanyahu because of policies favoring the ultra-Orthodox, which prompted the second round of elections. Thursday’s meeting will reportedly be the first time the two meet since the public falling-out.

With neither Netanyahu nor his chief challenger, Gantz, securing the required parliamentary majority to form a new government in the national elections last month, Liberman is considered the key power broker, given the eight seats his party captured. The maverick politician campaigned on forcing a unity government between Likud and Blue and White and vowed not to join a government with the ultra-Orthodox, a pledge he has reiterated since the election.

Meantime, negotiations between representatives from Likud and Blue and White over potentially forming a unity government have stalled, and Blue and White party chief Gantz canceled a planned meeting with the prime minister on Wednesday, with party officials saying Likud was not negotiating in good faith, according to The Times of Israel.

The newspaper reported that Likud had framed the meeting between the two leaders as Netanyahu’s final attempt to reach agreements before he admits defeat and allows President Rueven Rivlin to give someone else the job of trying to form a governing coalition.

The two parties have held talks in recent days on the possibility of a power-sharing arrangement suggested by Rivlin, where each party would lead for two years each in the next government.

Officials with the Blue and White party have reportedly said negotiations are being stalled because of Likud’s insistence on Netanyahu being the first to lead a “rotation” deal, as well as the party’s demand that Likud take part in a unity government only if it includes smaller right-wing and ultra-Orthodox religious parties.

After the elections, the leaders of ultra-Orthodox parties and a national-religious alliance signed an agreement with Netanyahu pledging to go into coalition negotiations as one 55-seat bloc led by him. Gantz, a former military chief, and Liberman were against the move.

Netanyahu and Blue and White’s second in command, Yair Lapid, exchanged heated tweets on Wednesday, with the prime minister blaming Lapid for being the main obstacle in forming a unity government. When Gantz and Lapid formed the Blue and White party they agreed on a rotation deal of their own, with Gantz first serving as prime minister and Lapid taking over later.

“The only reason that there is no unity government is Yair Lapid. Lapid holds Benny Gantz hostage and for unclear reasons Gantz has given in to him,” Netanyahu tweeted on Wednesday. “It is inconceivable that Lapid is dragging an entire country to elections just because he is unwilling to let go of his dream of becoming prime minister and give up his rotation with Gantz.”

Lapid responded on Twitter, “Indeed one person holds the country hostage. Indeed one person prevents a unity government. Indeed, one man does everything to lead the election: Benjamin Netanyahu.”

Gantz has said he will not partner with Likud as long as Netanyahu is in control, citing the prime minister’s legal issues. Israel’s attorney general has recommended charging Netanyahu with a series of corruption-related charges and is expected to make a final decision following a hearing, which is currently taking place.

Prosecutors began the pre-indictment hearing for Netanyahu on Wednesday, opening a critical stage in a lengthy legal saga that threatens to end the career of the long-serving Israeli leader.

If formal charges are filed, Netanyahu, who denies any wrongdoing, could feel pressured to step down.