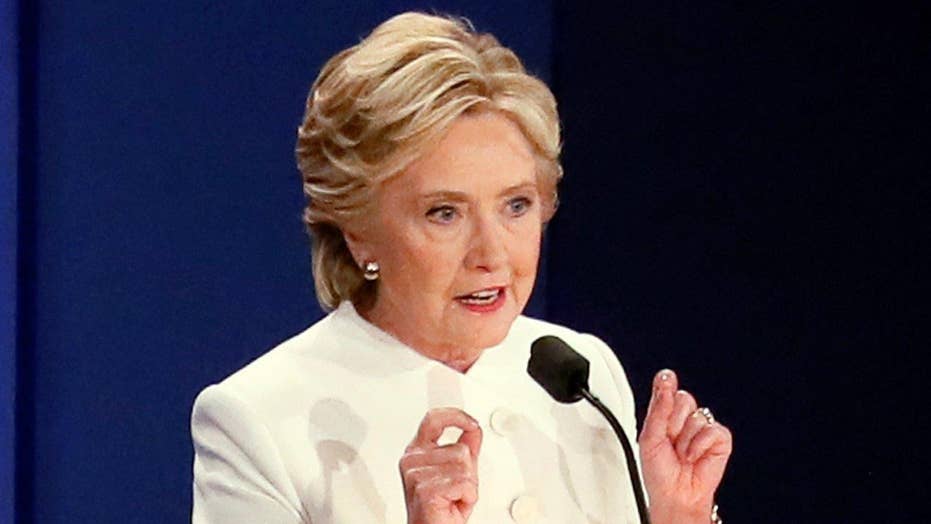 An obscure private firm hired by the State Department over internal objections to protect U.S. diplomats in Benghazi just months before the American ambassador and three others were killed was staffed with hastily recruited locals with terror ties who helped carry out the attack, multiple sources told Fox News.

The explosive charge against Wales-based Blue Mountain Group comes from several sources, including an independent security specialist who has implemented training programs at U.S. Consulates around the world, including in Benghazi, where he trained a local militia that preceded Blue Mountain. The source, who spoke on condition of anonymity, said Blue Mountain used local newspaper ads to assemble a team of 20 guards, many of whom had terror ties, after securing a $9.2 million annual contract.

John "Tig" Tiegen was there and says guards turned on Americans.

Stevens, shown in rear wearing black, with several of the guards sources say turned on him. (Special to Fox News)

Many were members of the Libyan government-financed February 17th Martyrs Brigade, an Islamist militia that had previously guarded Americans before being replaced by Blue Mountain.

John “Tig” Tiegen, one of the CIA contractors that responded to the Sept. 11, 2012 attack and co-author of “13 Hours: The Inside Account of What Really Happened in Benghazi,” confirmed to Fox News that the local Libyans who attacked the consulate that night included guards working for Blue Mountain.

"Many of the local Libyans who attacked the consulate on the night of Sept. 11, 2012, were the actual  guards that the State Department under Hillary Clinton hired to protect the Consulate in Benghazi,” Tiegen told Fox News. “The guards were unvetted and were locals with basically no background at all in providing security. Most of them never had held a job in security in the past.

“Blue Mountain Libya, at the time of being awarded the contract by our State Department, had no employees so they quickly had to find people to work, regardless of their backgrounds,” he said.

One former guard who witnessed the attack, Weeam Mohamed, confirmed in an email sent to the Citizens Commission on Benghazi and obtained by Fox News, that at least four of the guards hired by Blue Mountain took part in the attack after opening doors to allow their confederates in.

“In the U.S. Mission, there were four people [who] belonged to the battalion February 17,” Mohamed wrote to the Commission, an independent body formed with Accuracy in Media to investigate the attack and the administration's handling of it.

“Always armed. And they are free to move anywhere inside a building mission.

“And therefore, they had a chance to do an attack on the mission's headquarters. They have all the details about the place. At the same time they have given the United States a painful blow,” Mohamed wrote.

Blue Mountain officials did not return multiple requests for comment. The State Department acknowledged in internal emails obtained by FoxNews.com the local recruits fell short of their duty, but discounted the claim any took an active role in the attack that resulted in the deaths of Ambassador Christopher Stevens, Foreign Service Information Officer Sean Smith and CIA contractors and former Navy SEALs Tyrone Woods and Glen Doherty.

“While the Accountability Review Board report and other reports were critical of our local guards’ performance, we are not aware of any evidence that they participated in the attacks themselves,” said State Department spokesman John Kirby.

Blue Mountain was hired in February 2012, following an uprising that ended Col. Muammar Gaddafi's 42-year rule and plunged Libya into violent chaos. Congressional testimony in the wake of the attack on a consular office in Benghazi revealed that Stevens and his staff had made hundreds of requests for security upgrades but had been ignored by officials in Washington.

“We kept asking for additional support, including a 50-caliber mounted machine gun, but the State Department would not give it to us, because they said it would upset the locals,” the source told Fox News. “Instead, the State Department hired a company that doesn’t have employees, which then hired terrorists.”

Clare Lopez, a member of Citizens' Commission on Benghazi, said the Clinton State Department bears blame for the security situation.

“Think about it: Hillary Clinton's State Department actually hired the very people who, along with their jihadist allies in Benghazi, attacked us and killed U.S. Ambassador Chris Stevens and Sean Smith as well as CIA contractors Glen Doherty and Ty Woods,” Lopez said.

According to government records obtained by the Washington-based Judicial Watch, the State Department was in a “rush” to hire Blue Mountain UK, and its affiliate, Blue Mountain Libya, which together formed The Blue Mountain Group to secure the Benghazi contract.

“I understand there was a tremendous rush to get the original contract awarded, and the Service level agreement was most likely overlooked in the rush,” wrote State Department contracting officer Jan Visintainer, in a June 6, 2012, email. Emails obtained from [missing word] after the attack showed Visintainer urged Blue Mountain officials not to talk to the media.

Blue Mountain UK was formed in 2008 by David Nigel Thomas, a former Special Air Service official. Charles Tiefer, a commissioner at the Commission on Wartime Contracting, told Reuters the company was not well known.

"Blue Mountain was virtually unknown to the circles that studied private security contractors working for the United States, before the events in Benghazi," Tiefer said.

Despite the size of the operation, and having no staff or track record with the State Department, Blue Mountain Group landed the $767,767-per-month contract to protect the Benghazi consular office, beginning on Feb. 17, 2012.

The company solicited applications in local newspapers and on websites, and very little, if any, screening of guards was done, the security specialist told Fox News. The lack of vetting led to several potentially dangerous hires beginning in March of 2012, he said.

“One of those guards hired by Blue Mountain was the younger brother of the leader of Al Qaeda of Benghazi,” he said.

In an email obtained by Judicial Watch, Jairo Saravia of the Regional Security office for the U.S. Embassy in Tripoli, told his superiors in Washington that Blue Mountain had held and lost security contracts in Tripoli, with the Corinthian Hotel and Palm City complex.

“The latest information is Blue Mountain is not licensed by the GOL (Government of Libya) to provide security services in Libya,” Saravia wrote. “I would advise not to use their services to provide security for any of our annexes and/or offices due to the sensitivity this issue has with the current GOL.”

Prior to Blue Mountain, security for Americans in Benghazi had been provided by the February 17th Martyrs Brigade under a direct agreement with the State Department. Despite its Islamist orientation, the militia included dozens of locals who had been carefully cultivated and trained by the U.S., according to the source. The majority of the February 17 Militia guards were fired without warning when Blue Mountain was hired, leading some members to turn against the Americans, he said. The State Department kept on at least three February 17 employees for patrol.

Eric Nordstrom, the regional security officer in Libya who has vast, first-hand knowledge of some 600 security requests denied to the U.S. diplomatic mission in Libya, testified on May 8, 2013, before the Congressional Committee On Oversight & Government Reform that he was aware that employees with both February 17 Martyrs Brigade and Blue Mountain had ties to Islamist terrorists.

“I had met with some of my agents and then also with some annex personnel. We discussed that,” Nordstrom told lawmakers.

Nordstrom testified that the “ferocity and intensity” of the 13-hour, four-phase attack, on the 11th anniversary of 9/11, was nothing that they had seen in Libya, or that he had seen in his time in the Diplomatic Security Service, with as many as 60 attackers in the consulate.

“I am stunned that the State Department was relying on [locals] with extremist ties to protect American diplomats,” U.S. Rep. Blake Farenthold, R-Texas, told Fox News. “That doesn’t make any sense. How does that happen?”

Fox News was able to verify through a former Libyan guard the identities of several February 17 employees hired despite terrorist ties, who he said participated in the attack. While their identities have been provided to federal authorizes, none have been prosecuted.