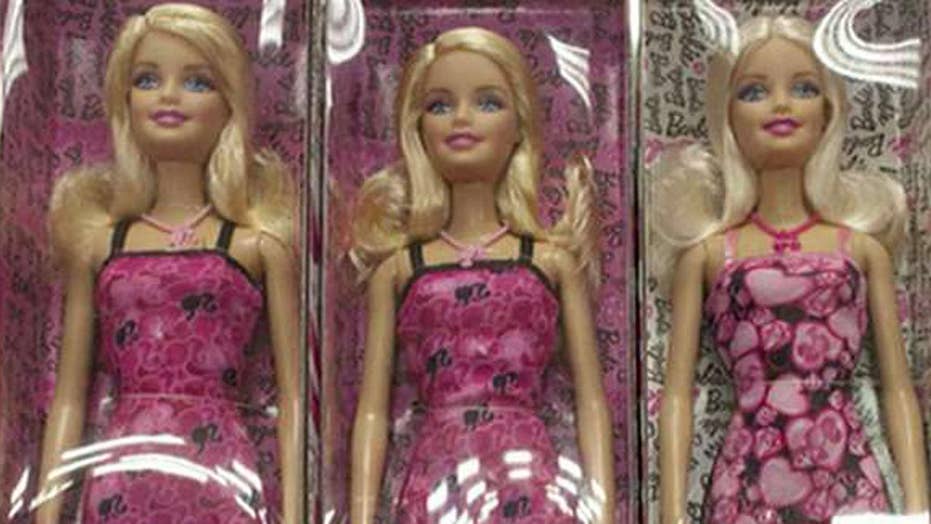 Terrorists were plotting to blow up an airliner

A Barbie doll and a meat grinder each packed with explosives were the weapons of choice of the terror cell behind a foiled plot to blow up an Australian airliner, a Lebanese official said Monday.

The bombs didn't make it aboard the intended flight because the piece of luggage they were hidden in was about 15 pounds over the airline's limit.

A police officer wearing protective gear talks to fellow officers as he stands in the doorway of a home after Australian counter-terrorism police arrested four people in raids. (Reuters)

Lebanon's interior minister, Nouhad Machnouk, told a Saudi Arabia-owned TV channel that four Lebanese-Australian brothers, including one being held in Lebanon, were behind the plan, Sky News reported.

Machnouk said two of the brothers, Khaled and Mahmoud Khayyat, are held in Australia, while another, Tarek, is a senior member of the Islamic State terror group based in the northern Syrian city of Raqqa. He added that the fourth brother, Amer, was supposed to be on board the plane, working to bring it down 20 minutes after takeoff, but was arrested in Lebanon after he arrived in mid-July from Australia.

"The operation was foiled because of the extra weight," Machnouk said. "Intelligence branch followed on the case and found that Amer was involved in this act and it appears that he was supposed to carry it out."

Earlier this month, Australian police said an ISIS commander based overseas ordered a group of Australian men to build a bomb to smuggle onto a July 15 Etihad Airways flight from Sydney.

The United Arab Emirates' national airline said it is working with Australian police in the ongoing investigation. But Etihad Airways, the smallest of three long-haul Gulf carriers that fly to Australia, refused to confirm if it had been targeted.

The plan was described as "one of the most sophisticated plots" to have ever been hatched on Australian soil -- but it was aborted before a "high-end" explosive in a piece of luggage taken to Sydney's airport was carried through security, Sky News reported.

A second plot, alleged by authorities to have involved a "chemical dispersion device" to release highly-toxic gas, was also claimed to have been in the early stages of planning.

Australian officials have charged Khaled and Mahmoud Khayyat with two counts of planning a terrorist act, and have said the men began communicating with ISIS in April. They were arrested July 29 and are due to appear in court later this year.

Machnouk said that about 400 passengers were on the plane, including 120 Lebanese. He said the four brothers wanted to punish the UAE and Australia for being part of the U.S.-led coalition that is targeting the extremists.

"When four Lebanese brothers in Australia decide to blow up an Emirati jet this means that the whole world should work together to fight terrorism," Machnouk said. "Coordination should be 24 hours a day between all security agencies to stop such attacks."