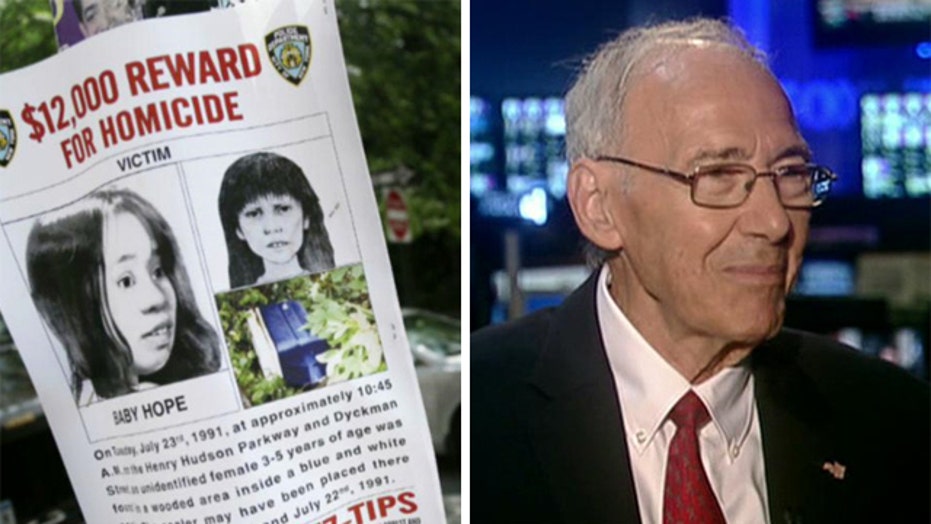 Twenty-two years after being found stuffed in a picnic cooler along a New York City highway, Baby Hope has a name. Anjelica Castillo, who was one of Margarita Castillo’s five daughters, had been taken away from the family home by her father at age 4 to live with a relative.

According to the New York Daily News, until the police knocked on her door last week, the woman did not know her daughter had been murdered.

One of Baby Hope’s sisters, Jessy Rojell, said her mother was “surprised” and “relieved” when she learned of the arrest of Conrado Juarez, 52, Anjelica’s cousin from her father’s side.

But the retired lead detective of the case, Jerry Giorgio, referred to the mother as “cold fish” and said he was baffled by her lack of emotion when the authorities notified her that Baby Hope was her daughter, Anjelica.

Juarez, who worked as a dishwasher at a Greenwich Village Italian restaurant, told detectives he sexually assaulted the girl and smothered her to death in a closet trying to keep her quiet, according to the Daily News. When Anjelica went motionless, Juarez asked his sister Balvina for help and together folded the body in half, stuffed it in the cooler and took a livery cab to Manhattan, where they dumped her on the Henry Hudson Parkway.

Balvina Juarez has since died.

Baby Hope’s family never reported her missing, though they had contact with the suspect over the years. Juarez had never been considered a suspect before and police refused to say whether he had previous arrests or had been accused in other sexual assaults.

The child's naked, malnourished corpse was discovered on July 23, 1991, beside the Henry Hudson Parkway by construction workers who smelled something rotten. Detectives thought she might have been suffocated but had few other clues as to what happened.

Former detective Giorgio, who had the case from 1991 until his retirement over the summer, said he remained confident the case could be solved.

Giorgio left the NYPD and went to the Manhattan district attorney's cold case squad, from which he retired this year. "I missed the tipster call by a couple of weeks, damn it," he said.

In July, on the 22nd anniversary of the discovery of Baby Hope's body, detectives tried another round of publicity and canvassed the neighborhood where she was found, hung fliers and announced a $12,000 reward for information leading to an arrest. That's when a tipster led police to Anjelica's sister, who told detectives she thought her sister had been killed. Police matched DNA from Baby Hope to their mother.

Two years after the murder, Giorgio and other detectives took it upon themselves to give the little girl a proper burial, a tombstone he visits every year.

"I would always remind her that she was not forgotten, and that hopefully she was resting at peace because she was member of our family," he told Fox News Latino.

A day after cops announced the case was solved, somebody printed Baby Hope’s name — Anjelica Castillo — on a piece of paper and taped it to her granite marker at St. Raymond’s Cemetery in the Bronx.

“It’s important to put her real name, but we are going to put it under Baby Hope so people will remember,” said Giorgio.