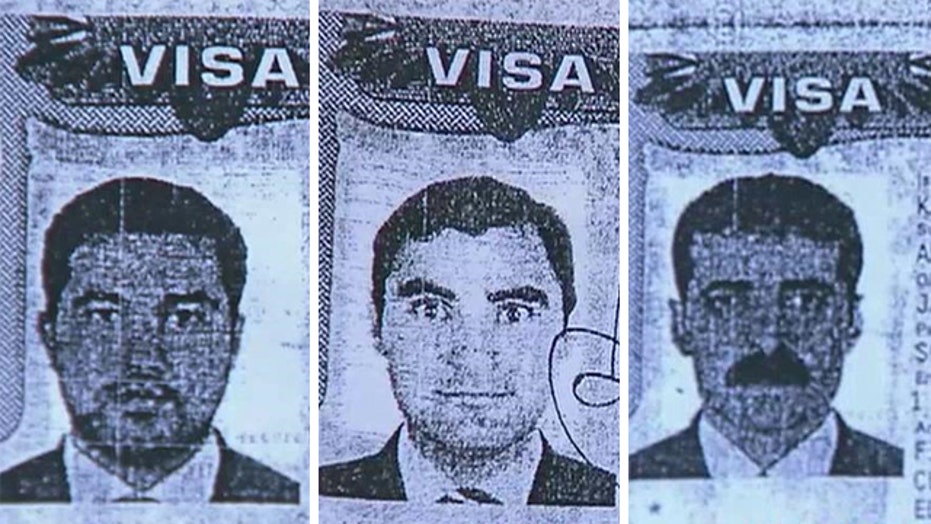 Soldiers were on the base as part of a training program

Three Afghan soldiers who vanished during training in Massachusetts last month and resurfaced days later at the Canadian border said they want asylum because returning to the homeland they are sworn to defend could mean death at the hands of the Taliban.

“They catch us, they kill us,” Maj. Jan Mohammad Arash, 48, told the Boston Globe of the Taliban, the terrorist government driven into exile by coalition forces. “They tip those who kill us.”

Arash and the others, Capt. Mohammad Nasir Askarzada and Capt. Noorullah Aminyar, say the lives of their relatives back home have been threatened. The soldiers fear they’ll be targeted by Taliban militants for fighting alongside Americans if they return to Afghanistan, they told the newspaper.

The soldiers, who were seeking asylum in either Canada or the U.S., said they researched their trip on YouTube and spent more than $1,600 on taxis to travel from Cape Cod to a border checkpoint in Niagara Falls. That's nearly four months' pay for dodging sniper fire in Afghanistan, they said.

“For me is not important, Canada or America,” Arash continued. “I need just asylum.”

The men, who spoke to the newspaper on Tuesday at a federal detention center in New York, are scheduled to appear in immigration court in upstate Batavia on Wednesday. Military officials said the soldiers had been participating along with officers from Tajikistan, Pakistan, Kazakhstan and Mongolia in a U.S. Central Command Regional Cooperation training exercise at Joint Base Cape Cod. They were reported missing Saturday after leaving Camp Edwards on an off-day visit to Walmart.

The exercises, scheduled to end Wednesday, have been held annually since 2004 to promote cooperation and interoperability among forces, build functional capacity, practice peacekeeping operations and enhance readiness, officials said.

Arash and Aminyar said they could have defected on earlier trips but chose not to do so because they were career soldiers. Now, they told the newspaper, the overall security situation in Afghanistan has worsened.

Aminyar, a 30-year-old former platoon leader, said friends have been killed in attacks by the Taliban. Days after he arrived on Cape Cod in early September, he said the Taliban visited his family’s compound in Nangarhar province looking for him, his father told him days later.

“Their leaders, they give the orders to kill me,” he said, “My father told me the story. They will find you and they will kill you.”

Askarzada, a 28-year-old communications specialist working out of Kabul, claims he had a similar experience, saying his father received a threat three months ago. Askarzada then showed Aminyar a YouTube video of people entering Canada using a popular route with views of Niagara Falls. They ultimately decided to leave on Sept. 20 during three hours of off-duty at Camp Edwards, the Globe reports.

A group of soldiers went to the beach that day, another group went to the mall. Two of the Afghan men split from the group and visited a local Walmart, trying to determine the perfect opportunity to flee as taxis were lined up nearby. They had money, but also had one problem: Maj. Arash was following them.

Aminyar tried to ditch Arash in the women’s section of the store, but the major told him he was going with them.

“I told them I don’t have money,” Arash told the newspaper in a separate interview. “They told me, ‘We have a little. Come on.’”

The trip was a blur, according to the men, who jumped into a taxi and spent $1,600 to arrive in Niagara Falls early on Sept. 22. After spending some time gazing at the falls, they made their crossing into Canada, but were turned back by authorities due to an agreement with the United States regarding asylum seekers.

Askarzada said he wanted to go to Canada because he has an uncle there who can support him while he seeks asylum. He still hopes to end up there if a judge allows it, he said.

“I want request of people in the U.S., accept me or not,” he said in halting English. “I worry about my wife. My daughter.