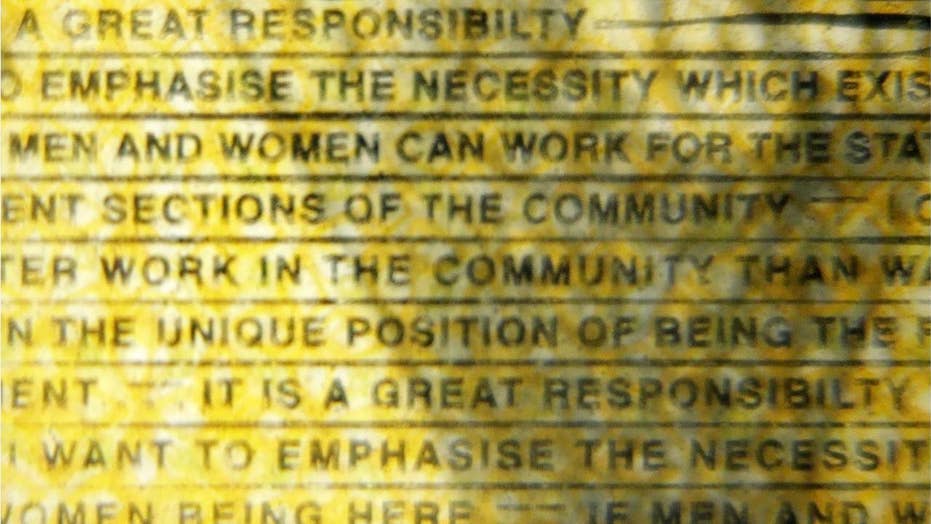 They had just one responsibility.

Australia's high-tech polymer notes are among the most difficult in the world to counterfeit due to their extraordinary level of detail, with the technology even being exported to other countries.

Unfortunately, the notes aren't perfect. The country's central bank has claimed mea culpa after an eagle-eyed radio listener noticed that there was a microscopic typo on the country’s new 50 Australian dollar ($35) bank note.

Triple M Radio posted on Instagram on Thursday a magnified photograph of the bank note showing the misspelling of “responsibility.” The word appears three times on the note, and every time, the third “I” is missing.

The Reserve Bank of Australia confirmed the spelling error, saying they will correct at the next print run later this year.

There are some 46 million bills already in use across the country. The bills were released in October and feature Edith Cowan, the first female member of an Australian parliament.

The misspell appears in an extract from her first speech to the Western Australia state Parliament in 1921 that is printed in what appears to be a lawn next to her bust.

"It is a great responsibility to be the only woman here, and I want to emphasize the necessity which exists for other women being here," reads in part the quote, which is repeated several times over in microscopic print.