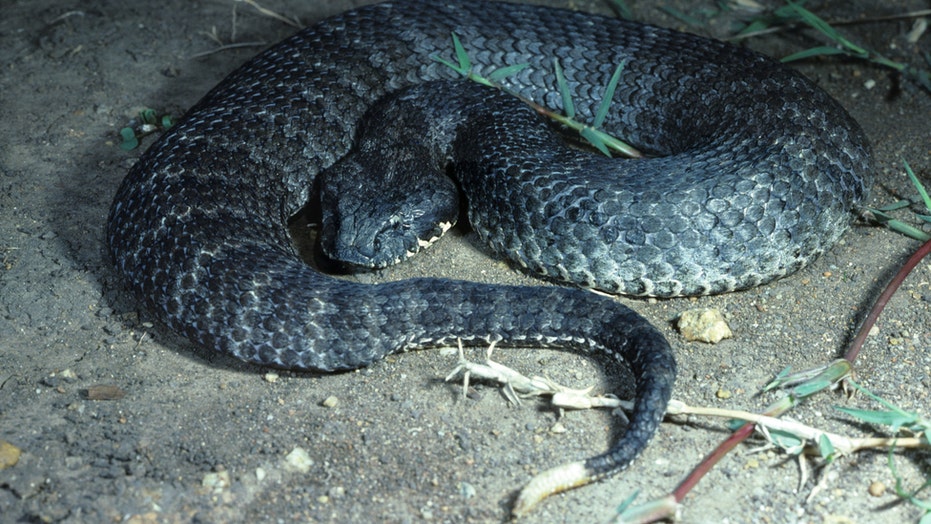 An Australian man was rushed to the hospital last week after a snake sneakily slithered into his car after he left the door open, according to police.

The unidentified 54-year-old man, who was with his dog, said he stopped at Back Creek Park, near Millmerran in Queensland, to swim on Friday night. He left his car door open, and the serpent found its way inside.

Upon his return to the car, the man was quickly bitten, 7 News reported. He told authorities he made a makeshift tourniquet with a ratchet strap and called 000, Australia's emergency phone number — but authorities apparently couldn't find him.

It's believed the man was bitten by either a common death adder, pictured here or an eastern brown snakes. (CSIRO)

Queensland Police Sergeant Steven Ryan said the man "wasn't too sure where he was." Eventually, someone driving past saw his hazard lights, stopped and called 000 themselves.

The man was airlifted to a hospital, where an antivenom serum was administered, officials said.

Investigators reportedly believe the man was bitten by an eastern brown snake or a common death adder — both common snakes that are highly venomous and are among the top 10 deadliest in Down Under, according to Australian Geographic.