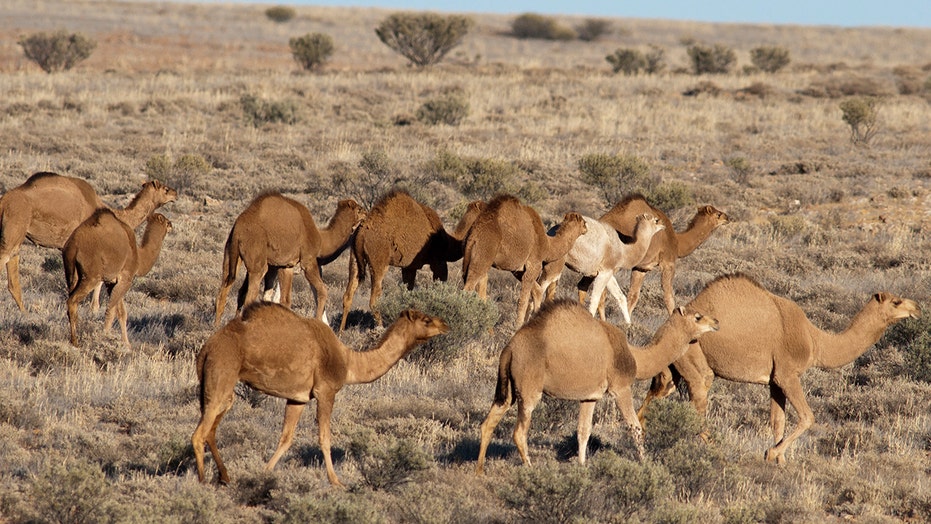 More than 5,000 feral camels were killed as part of a massive cull in South Australia, officials said Tuesday.

Aboriginal officials had announced earlier this month that a “major operation” to control feral camel herds on the remote Anangu Pitjantjatjara Yankunytjatjara (APY) Lands was underway. The region’s hunt, they said, was due to “threats posed to the community by an increase in the number of feral camels, and some feral horses, due to drought and extreme heat.”

The feral camels were removed in an aerial control operation with backup by APY ground operations, officials said.

APY General Manager Richard King said the operation was carried out in “the most humane way.”

The cull was necessary, he added, because the animals had been putting “extreme pressure on remote Aboriginal communities in the APY Lands.”

"The dire situation is compounded by dry conditions, animal welfare issues, threats to communities, scarce water supplies, health and environmental impacts, the destruction of [the] country, loss of food supplies and endangerment of travelers on the Stuart Highway and across the APY Lands," he said.

King acknowledged the concerns of animal rights activists but pointed out the “significant misinformation about the realities of life for non-native feral animals, in what is one of the most arid and remote places on earth.”

“As custodians of the land, we need to deal with an introduced pest, in a way that protects valuable water supplies for communities, and puts the lives of everyone, including young children, the elderly and native flora and fauna first,” he said.

According to the Australian government, there are an estimated 1 million feral camels roaming the country's arid desert.