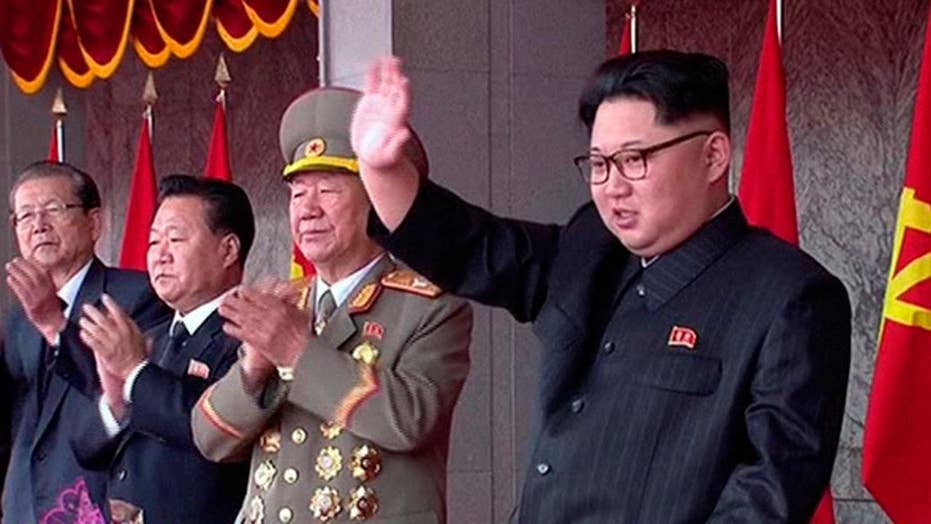 If North Korea targets Guam, how should the US respond?

Trump's diplomatic moves and rhetoric debated on 'The Five'

FIRE AND FURY: Keeping up his tough talk, Trump told reporters that Kim Jong Un's government should "get their act together" or face extraordinary trouble, and suggested his earlier threat to unleash "fire and fury" on North Korea was too mild. The remarks, following North Korea's earlier revelation of a plan to launch a salvo of ballistic missiles toward the U.S. Pacific territory of Guam, gave investors a reason to pocket profit in the sectors, such as technology, that have been the biggest gainers in recent months, analysts said.

ANALYST'S TAKE: "The tensions between North Korea and the U.S. is an excuse for profit-taking," Seo Sang Young, an analyst at Kiwoom Securities. "Had investors believed a real war was on the horizon, all sectors would have declined." He added that in China, the U.S. and South Korea, stocks that are showing the biggest declines since the rise of tensions between the U.S. and North Korea are the companies that have risen most since June.