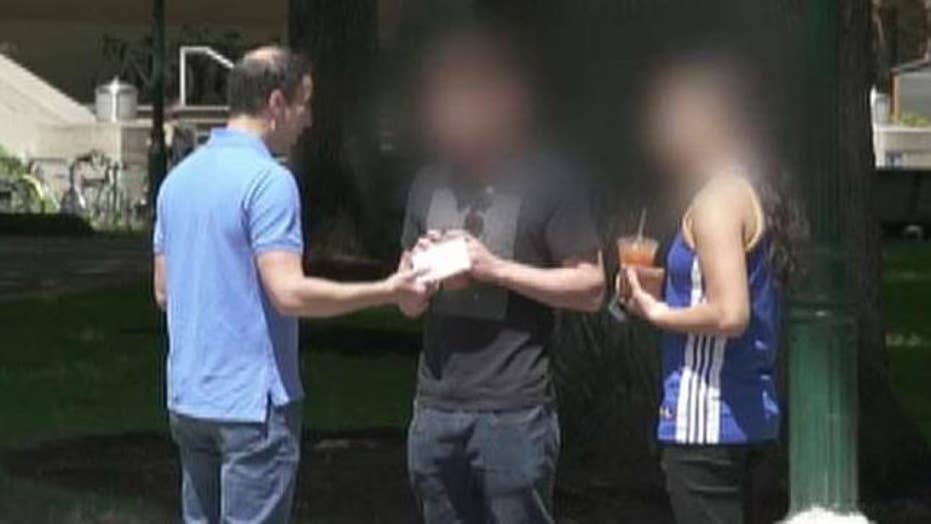 Last week, officials of World Vision, an internationally known humanitarian organization, were indicted in Israel for secretly aiding military activities of Hamas, designated by the U.S. as a “Foreign Terror Organization.”

This week, Israeli security officials swooped down on officials of a much larger humanitarian organization which openly operates Hamas military activities.

That organization is United Nations Relief and Works Agency for Palestine Refugees in the Near East, or UNRWA, the agency that hosts descendants of Arab refugees from the 1948 war in refugee facilities for perpetuity.

Knesset Member Avi Dichter, former head of ISA, the Israeli Security Agency, who now chairs the Knesset Foreign Affairs and Security Committee, pointed an unusually harsh finger at UNRWA, warning from the rostrum of Israel’s Knesset Parliament that “almost 100 percent" of UNRWA workers in Gaza are active in the Hamas terrorist organization.”

UNRWA operates with a budget of more than $1 billion, provided by more than 40 western nations. The U.S. is the leading donor to UNRWA, at $400 million each year.

Working with an Israeli-Palestinian team of journalists over the past few years, I have documented and filmed how UNRWA allocates cash from donor nations to conduct military training for children in the UNRWA classroom along with weapons training camps which Hamas organizes for UNRWA children.

UNRWA “education” teaches children how to fight, shoot lethal weapons, use hand grenades and climb through various spaces all in preparation for war.

After exposure to al-Kutla, elementary and middle schoolers join a week-long war games program, held in a military campment, where they study “jihad, determination, to trust Allah and other Islamic values” in addition to military tactics.

Here is a case where a UN agency actually violates the UN Convention of the Rights of the Child, which states “children… should not be forced or recruited to take part in a war or join the armed forces”.

Yet all this occurs in the public domain, without a peep from 38 nations that donate more than a billion dollars each year to UNRWA, with the notable exception of Canada.

Ottawa suspended aid to the UNRWA general fund in 2008, in response to a report commissioned by the European Parliament, which documented how Hamas was elected to run the UNRWA teachers association and the UNRWA workers association. Now there is a move in the new Canadian government to restore Canadian tax dollars to the general fund of UNRWA.

Yet binding legislation passed by the U.S. Congress requires UNRWA to vet personnel to see determine if there are terrorists on their payroll is ignored.

UNRWA simply refuses to vet personnel in the UNRWA facilities, which operate in the areas under the control of the Palestinian Authority, and no one is asking them to do so, including the U.S.

After the March 2009 election, when Hamas was again elected to run the UNRWA workers union and UNRWA teachers association in Gaza, Congress asked the newly appointed Secretary of State Hillary Clinton for comment on whether she would demand the removal of terrorists from the payroll Of UNRWA.

Amazingly, Clinton told Congress that there was no evidence of Taliban activity in UNRWA – even though Taliban have never played a role in that part of the Middle East. It wasn't the Taliban people were concerned about, it was Hamas.

In her four years as secretary of state, Clinton did nothing to impede Hamas domination of U.S.-funded UNRWA facilities.

The U.S. Congressional Research Service reports that the U.S. has never asked if UNRWA humanitarian funds wind up in the hands of HAMAS or if HAMAS is present in UNRWA.

Yet UNRWA remains in violation of  US penal code § 2339B  - providing material support or resources to a designated FTO.

On the record, the Hamas Minister of Religion told us on camera “Hamas’ relationship with UNRWA is good, very good! We assist UNRWA and Hamas cooperates with UNRWA on many levels. Now a direct connection exists between UNRWA and Hamas.”

The writer,  author of  “Roadblock to Peace – How the UN Perpetuates the Arab-Israeli Conflict: UNRWA Policies Reconsidered”  has been active in efforts to reform UNRWA for the past 28 years.

He runs the Israel Resource News Agency and the Center for Near East Policy Research, which produces books, monographs and movies shot on location in UNRWA refugee facilities.