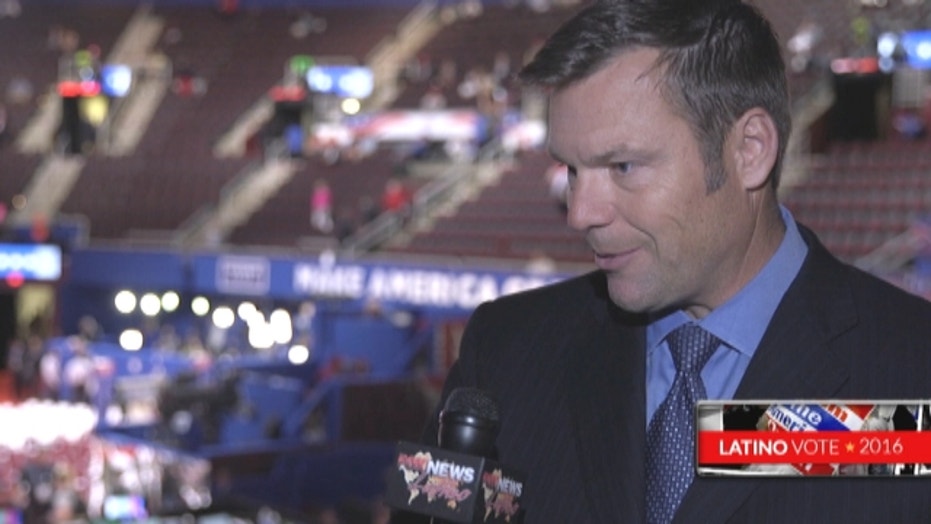 Mastermind of GOP immigration plan says it's not racist

BRANDON (FOX 13) – An Army veteran said he was attacked for wearing a "Make America Great Again" hat while shopping at a Sam's Club in Florida.

According to the Hillsborough County Sheriff's Office, the incident happened on Saturday, July 30, at the Sam's Club in Brandon.

Ricardo Garcia, 67, said he lowered his head to sneeze while standing in the meat section. A man on one side of him said, "Bless you," while another man standing next to him gave him a cold stare.

"He said, 'I cannot give you a blessing, because you're wearing that stupid hat,'" said Garcia.

Garcia said at first, he was confused by the man's comment.

He gave the man a smart reply, saying 'This isn't a Trump hat, this is my hat.' Garcia said the man tried to engage him in a political debate, but he crossed his arms and moved further away, trying to avoid a confrontation.

"I turned my back to him, and suddenly I hear 'boom!' A fist or something on the top of my head," said Garcia.

He felt a pain in the side of his forehead from where he said the man had punched him.

"My hat went down on the ground, my glasses were sideways. I looked at him and saw him standing there looking at me like, 'What do you want?'" said Garcia.

Garcia said he went to alert a store manager, who then called 911.

Hillsborough County deputies found 36-year-old Patrick Marcus Mickens, of Tampa, ducking down another aisle. They interviewed both Mickens and Garcia about the incident, arresting Mickens for battery on an elderly person.

"We should not be afraid to be in our country," said Garcia, a proud Puerto Rican-American who describes living in the United States as a privilege and an honor.

"I wear this hat because this is what we need, to make America great," said Garcia.

He said despite being shaken up, like Donald Trump, he is not scared to say how he feels, whether it's wearing Trump logo on his body or plastering "Vote for Trump" bumper stickers on his truck.

"[Donald Trump] tells you like it is, how it is. He fries the hamburger in your hand," said Garcia.