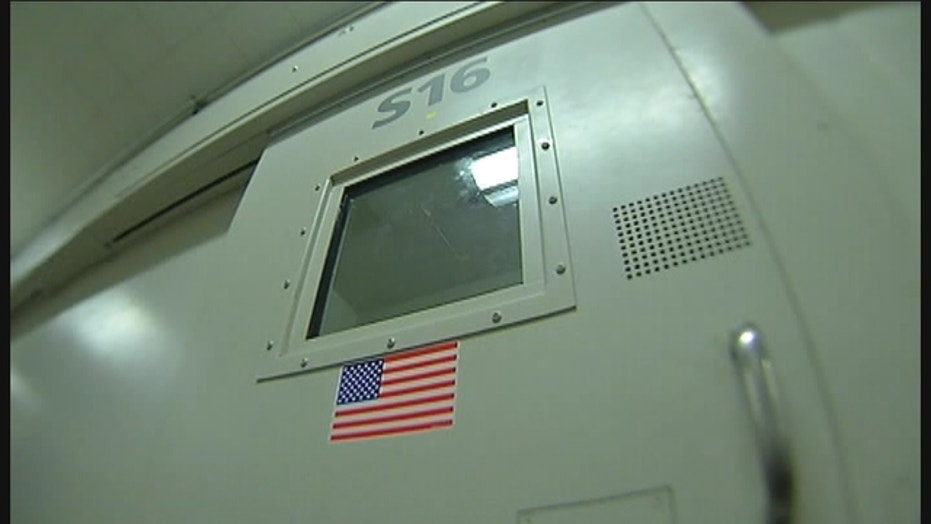 Any inmate ripping or defacing American flag stickers is looking at what the Sheriff Arpaio calls a bread and water diet.

U.S. flag stickers have been placed in cells housing 8,500 inmates around Maricopa County — and inmates who mess with the stickers will find the sheriff messing with their food.

MCSO says it employs over 600 men and women who are U.S. military veterans. This campaign is to honor them and anyone who disrespects Old Glory in a MCSO jail is looking at a lot of indigestion.

Any inmate ripping or defacing these American flag stickers is looking at what the sheriff calls a bread and water diet.

Actually, it's Nutri-Loaf, a punishment for bad behavior, disgusting by all accounts, including the sheriff's.

"Hate to tell you it doesn't meet my criteria," he said.

We visited an area where the worst inmates are housed. Sure enough, flags have met with some resistance.

In the special management unit of the 4th Avenue Jail, an inmate in a one cell has been repeatedly tearing down a flag decal, resulting in him being on a bread and water diet through January 26th.

Ten inmates currently slapped with what the sheriff's news release calls a  bread-and-water penalty for defacing the flag.

The American Civil Liberties Union says quote, "We're looking into the constitutionality of whether prisoners can be punished for defiling the flags (which would be considered public property)."

And not just flags, there will be patriotic music too. "God Bless America" and the National Anthem will be ringing out over the jails' public-address system. The sheriff's news release says quote, "For all inmates, regardless of national origin, to hear and sing along."

Seven days on bread and water for each flag sticker violation, the sheriff says.

We spoke with professor Steven Gonzales of Arizona Summit Law School. He said he believes the sheriff's flag policy looks constitutional on paper. The question is whether it will be enforced fairly.

Back to the veterans theme: the sheriff's office says there are plans to house all inmate-veterans together, in honor of their service.

For more stories go to myfoxphoenix.com