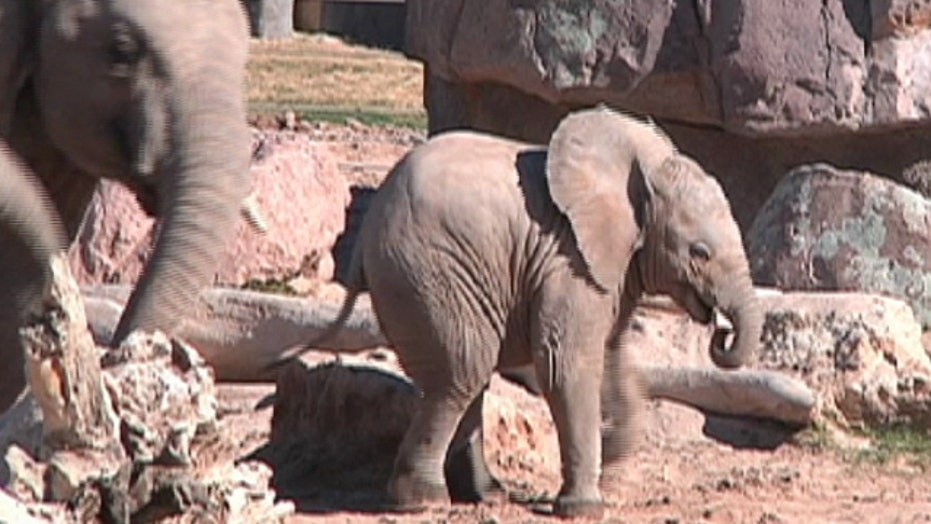 Arizona’s first baby African elephant is celebrating her first ever holiday season at Tucson’s Reid Park Zoo, and she’s doing it as cutely as possible.

Nandi was born on Wednesday, August 20, after just twenty minutes of labor- making her the first African elephant born on Arizona soil.

“We have two other calves. Two other youngsters- those are her brothers. But they were born at the San Diego Zoo Safari Park… but Nandi was the first baby here in our zoo,” said elephant manager Sue Tygielski.

According to the zoo, ‘Nandi” is a common siSwati name for girls and means “sweet” or “fun”. 'siSwati' is the language of Swaziland, where the herd is originally from. Nandi weighed in around 245 pounds at birth, and is now 550 pounds.

Tygielski says Nandi is getting more coordinated by the day, especially with her trunk.

“I couldn’t imagine a baby, and here she is. Time just flew by. The gestation is almost two years. But she was her like lightning,” said Tygielski.

And the baby elephant has been well received by the zoo crowd.

“Nandi just captivates everyone. I don’t think there’s a visitor that has come to see her who hasn’t been touched by her. She’s so active and playful, and interactive… it’s great to see the whole herd together,” said Tygielski.