July 7: Protestors are silhouetted against a fire during demonstrations against the G-20 summit Hamburg (Bodo Marks/dpa via AP)

Anti-globalization activists have rioted for a second night as Hamburg hosts the Group of 20 leaders, setting up street barricades, looting supermarkets and attacking police with slingshots and petrol bombs.

Police say riots were extremely violent in the early hours of Saturday in the city's Schanzenviertel neighborhood. Hundreds of officers went into buildings to arrest rioters while being attacked with iron rods and Molotov cocktails thrown from the roofs. Thirteen activists were arrested when special units stormed one building.

Some 500 people looted a supermarket in the neighborhood as well as smaller stores. Cars were torched, street fires lit as activists built barricades with garbage cans and bikes. 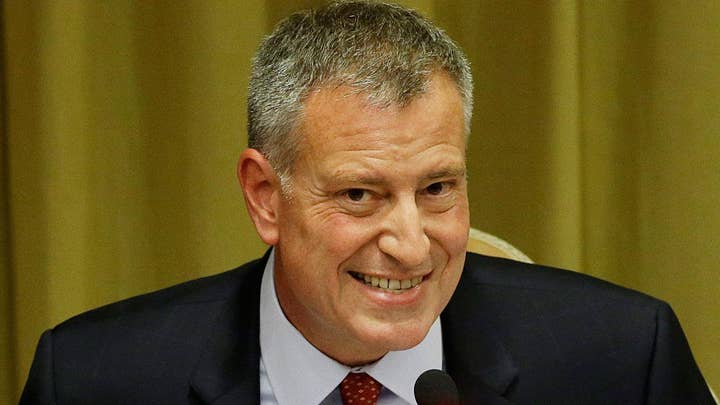 World leaders will come together later Saturday to tackle issues including terrorism, climate change and trade.

Dozens of police officers built moving lines in different parts of Hamburg and used water cannons to force protesters away from streets across the city.

At least 45 demonstrators were arrested, 15 were temporarily detained, and 160 police officers were injured early Friday, including three officers who were hospitalized.

Hamburg’s fire department said 11 protesters were severely injured and had to be transported to hospitals after a few of them fell from a wall during confrontations with police. 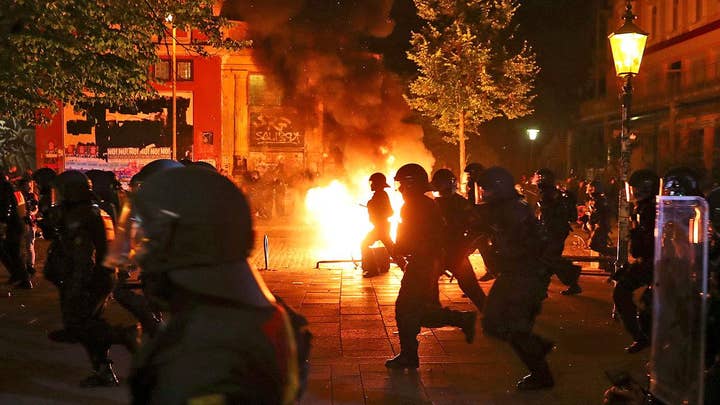 The fire department said it treated 26 people and took 14 of them to the hospital. It is not immediately clear why the protesters were climbing the wall.

Earlier in the day, first lady Melania Trump was forced to cancel her participation in a climate event because of protests at the G-20 summit Friday, the White House said.

Her spokeswoman told USA TODAY that Hamburg police were unable to clear the streets enough for Mrs. Trump's delegation to head to the event.

"She was supposed to participate in the spousal program and was very much looking forward to it," she said.