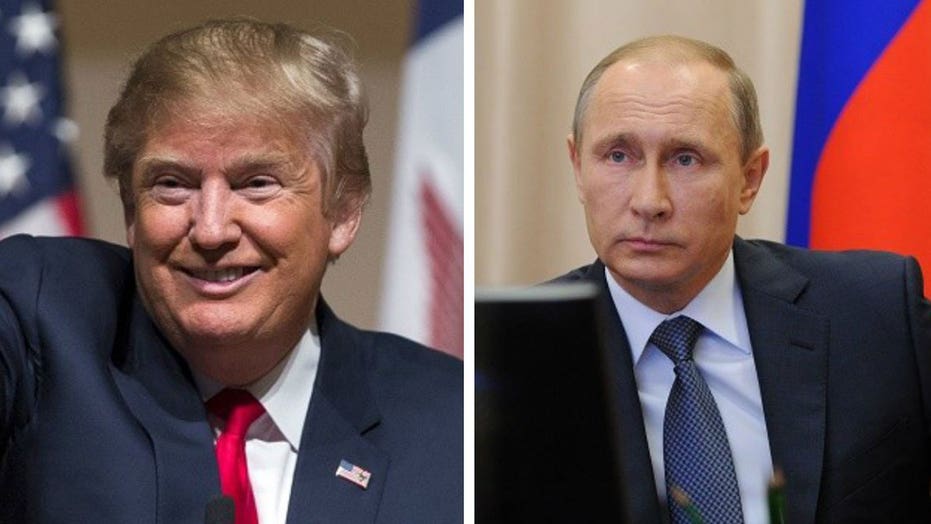 What’s the future of U.S.-Russia relations?

It wasn’t so long ago that anti-American sentiment in Russia was at a whopping 80 percent. But that number is dropping – recent polls show it now hovers at 56 percent.

Some of that, pollsters say, has to do with President Trump indicating he wants to improve relations with Moscow. But it was also about time for the pendulum to start swinging the other way, according to Denis Volkov of the Levada Center, Russia’s independent pollster.

According to Volkov, the government has been gradually putting the brakes on the state television’s propaganda to get the public ready for possible reconciliation.

President Trump is supposed to speak to Russian President Vladimir Putin on by phone on Saturday. Trump senior advisor Kellyanne Conway told “Fox & Friends” Friday morning that two may speak about U.S. sanctions against Russia and how to improve relations between the two nations.

Vladimir Pozner, who was one of the Soviet Union’s best-known propagandists before he became disillusioned, described what latter day, post-USSR spin sounds like.

“In Russia, everything is good. We don't want to look back on bad times. We've spoken enough about that. Let's just forget it. Let's look ahead to our great future. We have the best president you could ever have anywhere, at any time and things are great. The West is different, [it’s] falling apart."

But Pozner says he believes media coverage of Russia in the U.S. is pretty unbalanced as well— even more so than Russia’s coverage of America.

“It’s very clever and it plays to the anti-Soviet/Russian sentiment that existed over the years, so it’s pretty easy to bring it all back,” he said, “Russia has an emotional kick to it and that’s the result of propaganda.”

Pozner said the “demonization of Putin” is not fair journalism.

“Although there are many things I don’t like about what Russia is like today – and I am not a big fan of Mr. Putin – it’s incomparable to what it was in Soviet times,” he said.

“The attempt of Russia to integrate into the world order, on equal, peaceful, footing…part of this is Russia’s fault, part of it is the West’s fault,” he said. “The fact that it didn’t work out created conflict.”

There are hopes in Russia for a rapprochement under the new Trump Administration and skepticism about it working out in many corners of America.

All eyes are on what happens next.