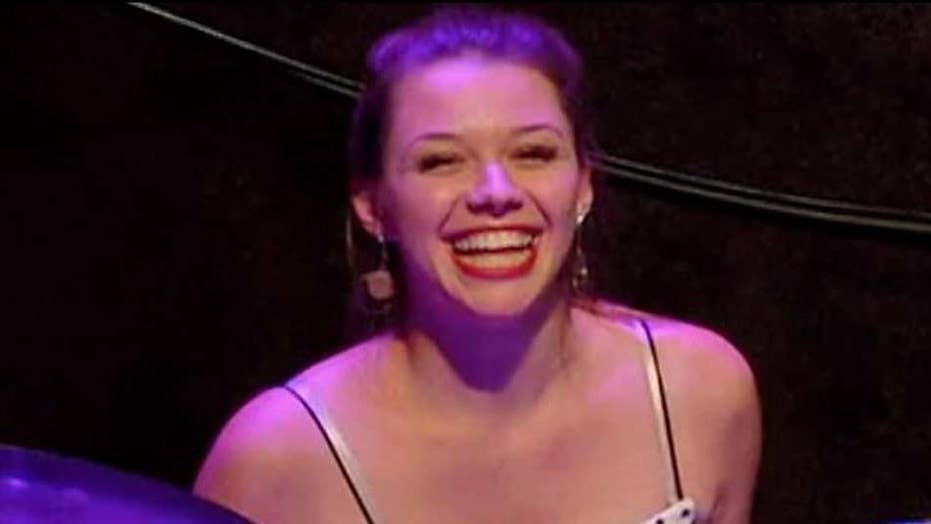 Dutch police say they have a suspect in custody after 21-year-old Sarah Papenheim was found dead in her apartment; Amy Kellogg reports.

A 21-year-old Minnesota blues drummer studying psychology in the Netherlands was found stabbed to death in her apartment Wednesday, and police reportedly suspect the woman's roommate -- a cellist with alleged mental health issues -- is responsible for her brutal murder.

Sarah Papenheim was discovered in a Rotterdam apartment near Erasmus University, where she'd been studying since 2016, police spokeswoman Miriam Boers said. Police tried to revive Papenheim after arriving at her home due to reports of an argument, but their efforts were in vain.

Papenheim's suspected killer -- who was set to be charged but had not yet been publicly identified -- was arrested Wednesday at a train station in Eindhoven, Boers said. Authorities spotted him as he stood on the platform with a suitcase and a cello, the Minneapolis Star Tribune reported.

"My only two kids, and I've lost them both.”

Donee Odegard, Papenheim's mom, told the Star Tribune the man accused of murdering her daughter had been “getting more and more angry” over the last few weeks.

“They'd talk music all night,” Odegard said. “They kinda clicked on that. Then as time went on, he'd get highs and lows.”

Odegard said she expressed concerns to her daughter about the man’s mental health -- but her daughter “wouldn’t listen to me.”

“My only two kids, and I've lost them both,” Odegard told the Star Tribune.

Papenheim was an aspiring musician and was set to return to the U.S. for a gig. (Facebook)

As she progressed toward her psychology degree, Papenheim, an Andover, Minn. native, started to concentrate her studies on the topic of suicide. But she managed to stay even-keeled and well-rounded, planning to return to the U.S. for a Dec. 22 gig.

“Our deepest condolences go out to all Sarah's family and friends at this poignant time,” Erasmus University said in a statement. “We encourage our students and staff not to let each other alone in this difficult time and to get in touch with student advisers and psychologists if they want to.”

A GoFundMe page to help support Papenheim’s family was set up and had raised nearly $20,000