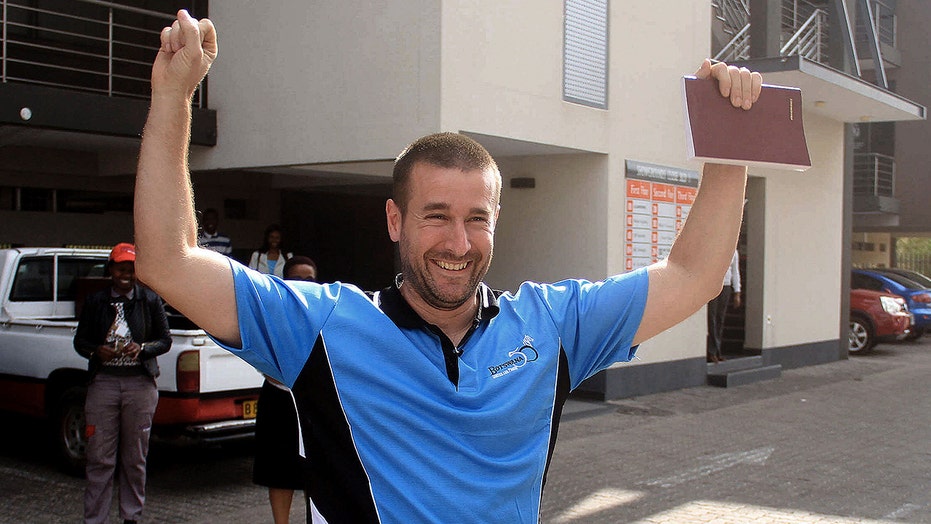 A controversial anti-gay and anti-Semitic preacher from Arizona who prayed for former President Barack Obama's death has reportedly become the first person banned from Ireland under an exclusion order.

Steven Anderson, the pastor of Faithful Word Baptist Church in Tempe, was immediately forbidden to enter the country on Sunday as part of the Immigration Act of 1999, The Irish Times reported.

FARRAKHAN INSISTS HE DOESN'T HATE JEWS, SAYS HIS IDEAS LABELED 'DANGEROUS' BECAUSE PEOPLE CAN RESEARCH THEM

Minister for Justice and Equality Charlie Flanagan signed the exclusion order — section four of which states: "The Minister may, if he or she considers it necessary in the interest of national security or public policy."

“I have signed the exclusion order under my executive powers in the interests of public policy,” Flanagan said. It was the first time Ireland has banned someone from entering the country since the act was signed, the department told the news outlet.

Anderson's website states he planned to visit the country on May 26th, but further information was not immediately clear. A Change.org petition that called for him to not be allowed to preach in Ireland received over 14,000 signatures as of Monday.

The pastor made headlines in 2009 after he delivered a sermon titled, "Why I Hate Barack Obama."

He reportedly told Fox station KSAZ-TV that he "hope[s] that God strikes Barack Obama with brain cancer so he can die like Ted Kennedy and I hope it happens today."

“The good news is that at least 50 of these pedophiles are not going to be harming children anymore,” Anderson said in a YouTube video, according to The Washington Post. “The bad news is that a lot of the homos in the bar are still alive, so they’re going to continue to molest children and recruit people into their filthy homosexual lifestyle."

Anderson continued, "The other bad news is that this is going to now be used as propaganda not only against Muslims, but also against Christians.”

The pastor is also banned from South Africa, the United Kingdom and the Netherlands, which he planned to visit May 23.