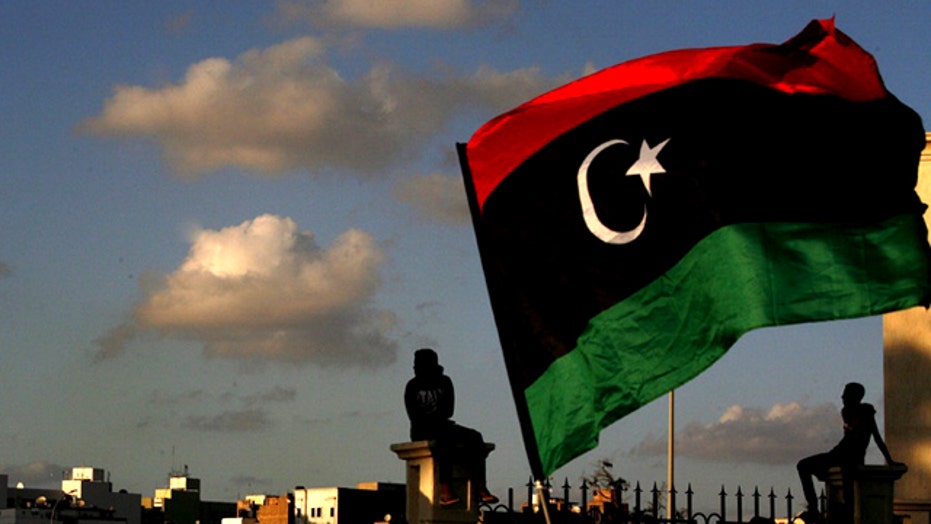 Gunmen kill US citizen working as teacher in Benghazi

TRIPOLI, Libya – An American chemistry teacher shot to death while jogging in Benghazi was looking forward to his first Christmas in the United States with his wife and toddler son.

Ronald Thomas Smith II shared his excitement with his students, and sent his wife and child home while he stayed in Libya a few more weeks to help the young people in his class complete their end-of-semester exams.

His death on Thursday shattered those dreams and highlighted the tenuous security in the eastern Libyan city where a U.S. ambassador and three other Americans were killed last year.

But to Smith's students, this was more personal. He was a teacher who offered free private tutoring when others had given up, they said. Smith pushed them, demanding hard work and success.

More than anything, though, he talked and laughed with them, and loved their country.

"He wasn't just a teacher to all the students, though -- he was a brother," Abdulrahman Bader, a 16-year-old student, told The Associated Press in an email. "He was the heart of the school."

Smith, 33, left Austin, Texas -- where he earned a master's degree in chemistry in 2006 from the University of Texas-- about 18 months ago to teach at Benghazi's International School, a Libyan-owned facility that follows a British curriculum, according to the church where he and his wife were active.

"Ronnie's greatest desire was for peace and prosperity in Libya and for the people of Libya to have the joy of knowing God through Christ," Daphne Bamburg, executive pastor of operations at the Austin Stone Community Church said in an emailed statement.

Smith's wife, Anita, and their son were already in the United States and "safe with family" when he was killed, Bamburg said.

Smith was an integral part of the school, taking trips to the beach with his students and visiting their homes to tutor them while snacking on sandwiches and watermelon. He also became active in their online chatter on Twitter -- where many of them went to confirm rumors of his death and to share their anguish and memories.

Under (hash)MrSmithMemories and (hash)ThankYouSmith they wrote about how he baked them cookies and sang "Happy Birthday" to them in Arabic, taught them "to think like the electron and be the electron" and shared the story of how he met his wife.

"He was a much loved teacher who supported students in their learning and always had time to help when asked," the school posted on its Facebook page. "Ronnie was a professional who gave his time freely and without question. We do not understand why this has happened and it is extremely difficult for his students and his colleagues to accept."

Omaima El-Faitori, 15, was in his second year of learning chemistry with Smith. He was "not only a teacher, he was like a best friend to me," he told the AP in a phone interview.

On his Twitter handle, (at)ISBchem, Smith described himself as a best friend of Libya. El-Faitori said that was most certainly true. Smith loved Libyan food, most of all masareen, a dish of stuffed sheep intestines.

Smith also used his Twitter account -- confirmed as his by his students -- to comment on the security situation and he didn't shy from black humor about the rampant militias that roam the city.

"I understand I teach at a school of rich kids, so if (and when) I'm kidnapped by Ansar Al-Sharia, who's gonna pay the ransom?" he tweeted, naming one of the most well-known militias. And on Nov. 25, he tweeted: "I'm going out. If I don't come back alive know that all your grades have been securely recorded."

Smith was killed five days after Al Qaeda's American spokesman called upon Libyans to attack U.S. interests everywhere as revenge for U.S. special forces snatching an Al Qaeda suspect off the streets of Tripoli in October and whisking him out of the country. Three other military personnel were also killed Thursday. The United States called on Libya to investigate Smith's death.

Smith, though, had hope in Libya's future, said Abdullah Gaair, a former student of Smith's from Benghazi who now attends Manchester College in England.

"He believed we were the future," Gaair, 18, told the AP in an email. "He said we were the foundation for the essence of this country and that if we were to succeed now, Libya will also succeed. He was and always will be Libya's best friend."

Originally from Warren, Mich., Smith graduated in 1997 from Woods Tower High School, his friend of 20 years, Nathan Hlavin, told the AP in a phone interview. Smith continued his education at Wayne State University in Detroit before heading to Texas, the friend said.

Smith went to Libya after scrapping plans to get a doctorate in chemistry or go to the seminary.

"He had a heart for Libya" and "saw it as a great opportunity to help people," Hlavin said.

The two last met in the summer when Smith was visiting Detroit and they enjoyed a meal together at their favorite Lebanese restaurant, he said.

"We had a deep friendship. We were there for all of the major life moments," Hlavin said.

On Thursday, a family member who answered the door at a home in Warren, Mich., said she had no comment and asked an Associated Press reporter to leave the property.