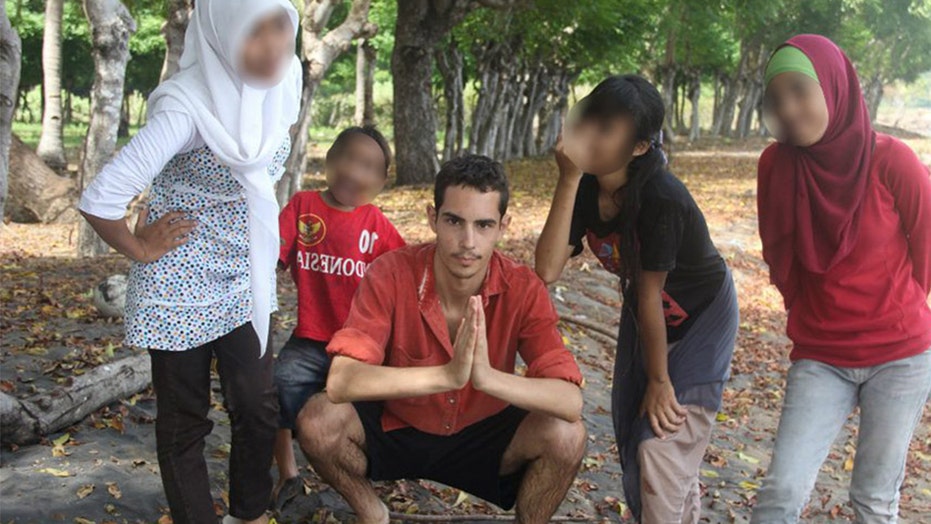 An American journalist was arrested in Indonesia Tuesday, sparking fears that his detention could signal an impending crackdown on other foreign journalists in the country.

Philip Jacobson, an editor for Mongabay, an environmental science news website, is being detained in Palangkaraya on Borneo island.

He’s facing up to five years in an Indonesian jail and a fine on charges of violating immigration regulations, a lawyer and officials said Wednesday.

Philip Jacobson is an environmental reporter for the website Mongabay.  (Mongabay.com)

The government has promised to ease visa restrictions for international media since President Joko Widodo took office in 2014. But foreign journalists still need to apply for special visas that can take weeks to be approved or denied.

"I don't think he has committed a crime," said Jacobson's lawyer, Aryo Nugroho. "This is just an administrative matter that should be solved administratively."

Jacobson, 30, traveled to the Central Kalimantan provincial capital of Palangkaraya last month to meet with activists from an indigenous rights advocacy group. Two days later, he attended a dialogue between local lawmakers and activists from the group, Mongabay said in a statement.

He was scheduled to fly out of the city on Dec. 17, when immigration officers went to his guesthouse and confiscated his passport, it said.

After questioning him the next day, authorities restricted Jacobson to the city for more than a month. He was taken into custody and transferred to a detention center on Tuesday.

Rhett Butler, Mongabay’s founder and chief executive, said they are making every effort to comply with immigration authorities.

"I'm surprised that immigration officials have taken such punitive action against Philip for what is an administrative matter," Butler said.

"If a journalist is simply attending meetings or happens to be present during a news event, this should not be cause for punitive action or detention," the Jakarta Foreign Correspondents Club's executive committee said in a statement.

Andreas Harsono of New York-based Human Rights Watch said people employed by media organizations should be free to work in Indonesia without fear of arbitrary detention.

"Philip Jacobson's treatment is a worrying sign that the government is cracking down on the kind of work that is essential to the health of Indonesian democracy," Harsono said.