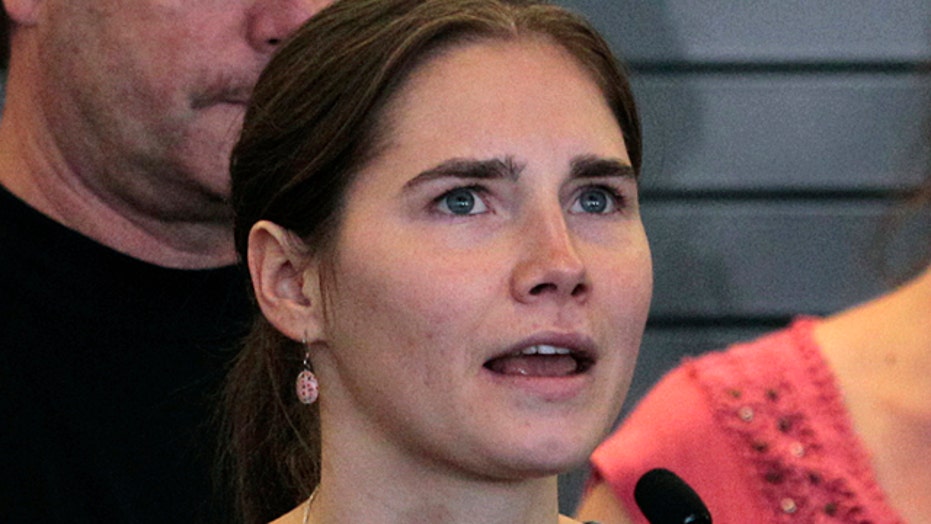 The retrial of American student Amanda Knox and her Italian ex-boyfriend for the 2007 murder of a British student began in Italy Monday, but this time, Knox was not in court.

Italy’s highest court ordered the retrial, overturning Knox’s acquittal, and the court in Florence is expected to re-examine forensic evidence to determine whether Knox and former boyfriend, Raffaelle Sollecito, were responsible for the death of Knox’s roommate, Meredith Kercher.

Knox has repeatedly denied playing any role in the murder of Kercher, 21, who was found with her throat cut in the house the two women shared when both were exchange students studying in Perugia, Italy.

She has refused to be present at the retrial, citing the desire not to relive the experience of being imprisoned for a crime she says she didn't commit, as well as the financial strain and commitments of school. Knox is now a student at the University of Washington.

Her former lover, Sollecito, was also not in court Monday, though his lawyer  told Sky News he would attend later hearings.

During opening statements, attorneys for Knox and Sollecito requested a variety of new expert opinions and evidence to reach a definitive verdict, including examining the handle of the knife that was the purported murder weapon and the handling of the crime scene.

Knox defense lawyer Carlo Dalla Vedova said there was a risk of an `'infinite trial," since the charge of murder has no statute of limitations. Sollecito's lawyer Giulia Bongiorno asked the court to accept only `'reliable evidence," saying the intense media attention on the case had affected the three previous trials.

Knox and Sollecito were convicted of the killings by a lower court in 2009, but their convictions were quashed two years later on appeal. The appeals court cited weaknesses in the DNA evidence in letting the two go free. However, last year, Italy's Supreme Court overturned the appeal court's acquittal in March, citing "shortcomings, contradictions and inconsistencies" in the ruling.

In reversing the acquittal, the high court also suggested that Rudy Guede, a drifter convicted and sentenced to jail for the murder, did not act alone. Guede is serving a 16-year term.

DNA evidence is expected to be at the center of the new trial, with a lawyer for the Kercher family telling Sky News that the judge in the new trial might order new tests on the alleged murder weapon as well as the bra Kercher was wearing at the time of her death. That evidence was questioned by experts appointed by the appeal court, who in turn were challenged by the Supreme Court in hearing the acquittals.

Knox, who served four years of a 26-year prison sentence in Italy, is not required by law to return to Italy for the retrial.  `'We refute the idea that because Amanda is not coming, that Amanda is guilty, that Amanda is using a strategy. Amanda always said she was a friend of Meredith's. Amanda has always respected the Italian justice system," one of Knox's defense lawyers, Luciano Ghirga, told reporters before the trial opened.

Knox's protracted legal battle in Italy has put the Italian justice system under scrutiny.  The Italian system does not include U.S. Fifth Amendment protection against a defendant being put in double jeopardy by government prosecution.

At the same time, the trials have left the Kercher family without clear answers in the death of their daughter.

In its 2011 acquittal that overturned Knox and Sollecito's convictions, a Perugia appeals court criticized virtually the prosecution's entire case. The appellate court noted that the murder weapon was never found, said that DNA tests were faulty and that prosecutors provided no murder motive.

Yet the Court of Cassation ruling was likewise strident, criticizing the appeals court ruling and saying it "openly collides with objective facts of the case." The high court said the appellate judges had ignored some evidence, considered other evidence insufficiently and undervalued the fact that Knox had initially accused a man of committing the crime who had nothing to do with it.

A new appeal verdict is expected to be reached by Christmas, before the case returns to the Supreme Court for a second time. If a guilty verdict for Knox is upheld, the Italian government may put in an extradition request for Knox, though the U.S. would likely refuse it.