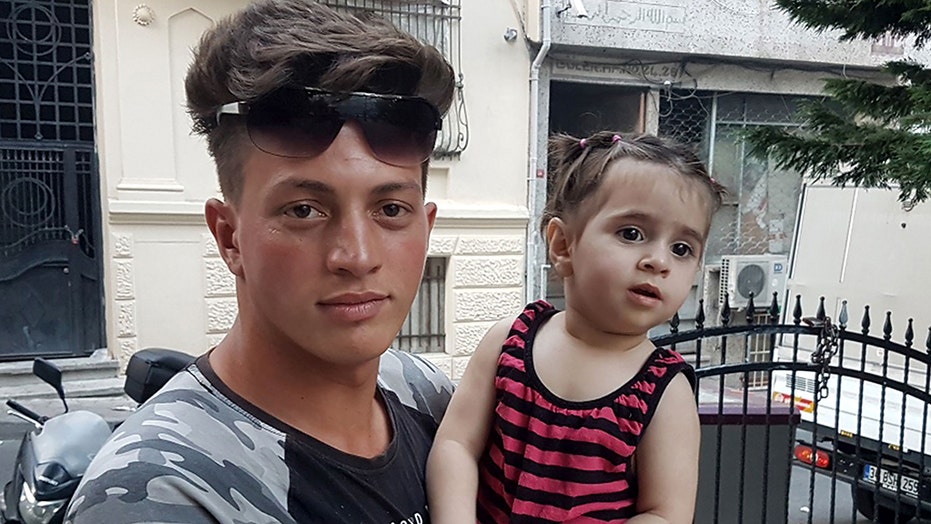 Teen catches 2-year-old that fell from window in Turkey

Video: Teen catches 2-year-old that fell from window in Turkey

A young Algerian man is being hailed a hero after a video of him catching a young girl who fell from the second-floor window of a Turkish building has gone viral.

Feuzi Zabaat, 17, was walking down a street in the Fatih district of Istanbul last week when he saw a little girl play near an open window, the Suadi Gazette reported.

CCTV footage, that has since gone viral, shows Zabaat in a yellow shirt standing in the street watching as he appears to sense imminent danger. Then, as quickly as he first saw the girl, he holds his hands up in anticipation and amazingly catches the toddler who was later identified as 2-year-old Syrian girl, Doha Muhammed.

"I was just walking in the road when I saw the little girl at the window. She fell, and thanks to God, I caught her before she hit the ground," he told AFP in an interview.

Algerian citizen Fawzi Zabaat (L), 17, poses with Syrian toddler Doha Muhammed he caught as she was falling from the second floor at Fatih district in Istanbul on June 27, 2019. (Photo by STR / DHA / AFP) / Turkey OUT (Photo credit should read STR/AFP/Getty Images)

The young girl, who stumbled out of the window while her mother was cooking, wasn’t injured. Her thankful family gave Zabaat 200 Liras or $35 USD, USA Today reported.