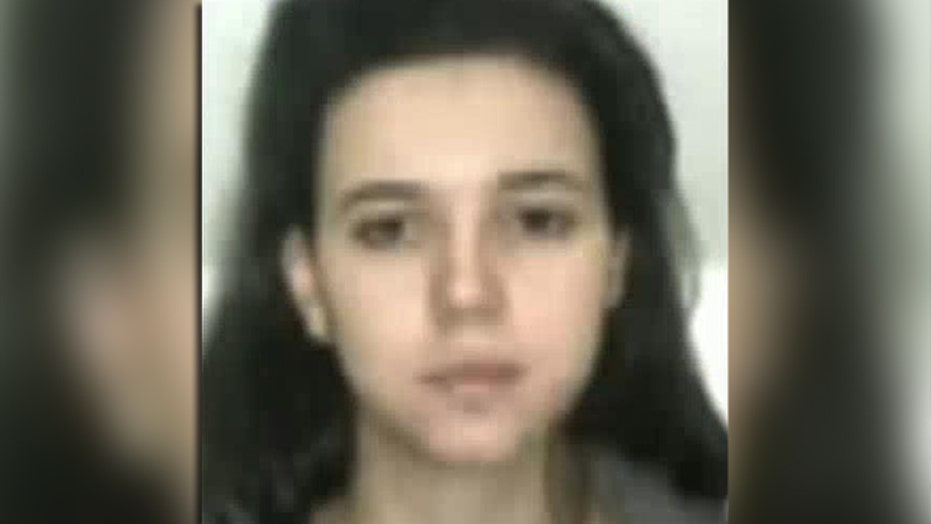 New info on the female terror suspect on the run

Who is Hayat Boumeddiene, the female companion of one of the terror suspects killed in deli hostage standoff? How did she escape the raid?

A member of Al Qaeda's branch in Yemen said Friday that the group directed the massacre earlier this week at a Paris magazine, as the U.S. State Department issued a travel warning to citizens, saying they faced an increased risk of reprisals.

Earlier Friday, near simultaneous raids by French police killed the two Islamist brothers behind the attack and another terrorist. The raids, conducted at locations 25 miles apart, took out Cherif and Said Kouachi and a suspect in a policewoman's killing who had seized hostages at a Paris grocery on the brothers' behalf, but also left four hostages dead, according to authorities and reports from the scene.

The Al Qaeda member on Friday provided a statement in English to The Associated Press saying "the leadership of AQAP directed the operations and they have chosen their target carefully."

There was no independent confirmation of the report, and U.S. intelligence and counterterrorism officials say it is too early to conclude who is responsible for the massacre on Wednesday that left 12 dead.

However, Cherif Kouachi told a French TV station before Friday's raid at an industrial park that he was sent by Al Qaeda in Yemen and had been financed by the cleric Anwar al-Awlaki, who was killed by a U.S. airstrike in Yemen in 2011.

The State Department's warning says attacks against Americans are becoming increasingly prevalent. It also cites an increased risk of reprisals against U.S. and Western targets for the U.S.-led intervention against Islamic State militants in Syria and Iraq, and comes in the aftermath of terrorist attacks in Australia and Canada, as well as the Paris massacre.

If confirmed, the attack would be the first time Al Qaeda's branch in Yemen has successfully carried out an operation in the West after at least two earlier attempts.

The Al Qaeda member said the attack was in line with warnings from the late Al Qaeda leader Usama bin Laden to the West about "the consequences of the persistence in the blasphemy against Muslim sanctities," adding that it was "revenge for the honor" of Islam's Prophet Muhammad, which the satirical Charlie Hebdo had occasionally lampooned.

"France has been struck directly in the heart of its capital, in a place where the spirit of liberty -- and thus of resistance -- breathed freely."

The lightning-quick strikes earlier Friday ended two tense, hours-long standoffs, one at a printing plant north of the city and the other at a kosher supermarket on Paris' east side, where four hostages were killed, as many as 15 were freed. A hostage held north of the city by the brothers, who killed 12 in a commando-style attack at the offices of Charlie Hebdo, was reportedly freed. The fast-moving developments, signaled by explosions and gunfire at a printing plant in Dammartin-en-Goele, followed by similar sounds at Hypercacher (Hyper Kosher), a Jewish supermarket in eastern Paris, brought to a climax a three-day terror ordeal and manhunt involving nearly 90,000 police and military personnel.

The Kouachi brothers, the radicalized French-born slackers whose attack on Charlie Hebdo left two police officers among the dozen dead, were both killed in the first raid. The brothers, 32 and 34, respectively, are believed to have ties to Al Qaeda in Yemen, and military experts who viewed footage of their bloody, late-morning raid on Wednesday said they appeared to be well-trained terrorists. Charlie Hebdo had long angered Muslim radicals with its penchant for publishing cartoon images of Prophet Muhammed.

In Paris, police said Amedy Coulibaly, who is believed to have know the brothers and was suspected of killing Paris Police Officer Clarissa Jean-Philippe Thursday, as she attended to a routine traffic accident in the city, was killed in a raid moments later, ending his supermarket siege. Police had identified him and his longtime girlfriend, Hayat Boumeddiene, as suspects in the police killing, but her whereabouts were not immediately known. Police were searching for another possible suspect who may have escaped the grocery store siege, but it was not clear if that person was Boumeddiene.

At the kosher grocery near the Porte de Vincennes neighborhood of the capital, the gunman burst in shooting just a few hours before the Jewish Sabbath began, declaring "You know who I am," an official recounted.

The attack came before sundown when the store would have been crowded with shoppers, and President Francois Hollande called it "a terrifying anti-Semitic act."

Coulibaly killed the four people in the market shortly after entering, Molins said.

Several people wounded in the grocery store were able to flee and get medical care, the official said.

Police identified Hayat Boumeddiene and Amedy Coulibaly as the suspects in the grocery store hostage situation in Paris. Coulibaly was killed by police, while Boumeddiene is reportedly unaccounted for.

Earlier Friday, a French security official told the AP that shots were fired as the brothers stole a car in the town of Montagny Sainte Felicite in the early morning hours. French officials told Fox News that the suspects threw the car's driver out at the side of the road. The driver, who recognized the suspects, then called police and alerted them to the suspects' whereabouts.

On Thursday, U.S. government sources confirmed that Said Kouachi, 34, had traveled to Yemen in 2011 and had direct contact with an Al Qaeda training camp. The other brother, 32-year-old Cherif, had been convicted in France of terrorism charges in 2008 for trying to join up with fighters battling in Iraq. The sources also confirmed that both brothers, who had been orphaned as youngsters and spent years committing petty crimes and doing menial jobs, were on a U.S. no-fly list.

Fox News was told the investigators have made it a priority to determine whether he had contact with Al Qaeda in Yemen's leadership, including a bomb maker and a former Guantanamo Bay detainee.

Hollande called for tolerance after the country's worst terrorist attack since 1961, in the middle of the conflict over Algerian independence from France.

"France has been struck directly in the heart of its capital, in a place where the spirit of liberty -- and thus of resistance -- breathed freely," Hollande said.

Charlie Hebdo had long drawn threats for its depictions of Islam, although it also satirized other religions and political figures. The weekly paper had caricatured the Prophet Muhammad, and a sketch of Islamic State's leader was the last tweet sent out by the irreverent newspaper, minutes before the attack. Nothing has been tweeted since.

Eight journalists, two police officers, a maintenance worker and a visitor were killed in the attack.

Charlie Hebdo planned a special edition next week, produced in the offices of another paper. Editor Stephane Charbonnier, known as Charb, who was among those slain, "symbolized secularism ... the combat against fundamentalism," his companion, Jeannette Bougrab, said on BFM-TV.

"He was ready to die for his ideas," she said.

Authorities around Europe have warned of the threat posed by the return of Western jihadis trained in warfare. France counts at least 1,200 citizens in the war zone in Syria -- headed there, returned or dead. Both the Islamic State group and Al Qaeda have threatened France -- home to Western Europe's largest Muslim population.

The French suspect in a deadly 2014 attack on a Jewish museum in Belgium had returned from fighting with extremists in Syria; and the man who rampaged in southern France in 2012, killing three soldiers and four people at a Jewish school, received paramilitary training in Pakistan.