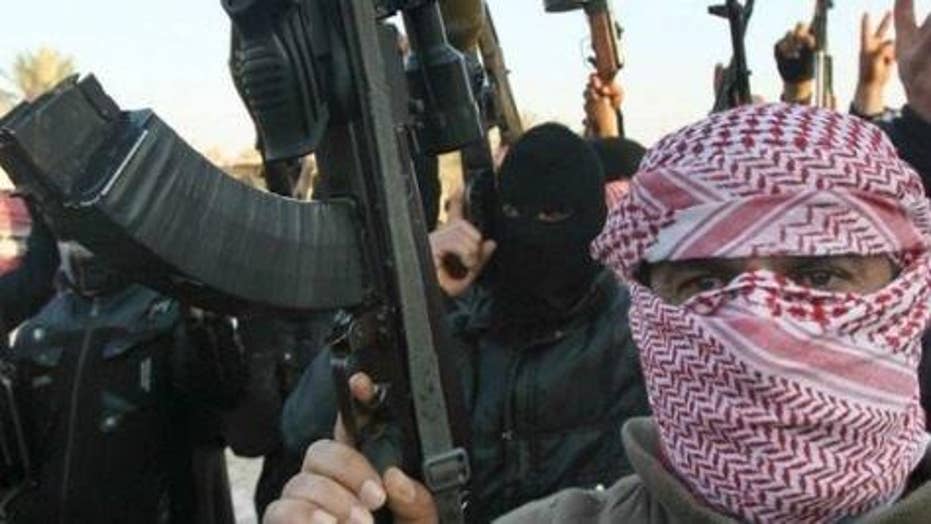 Behind Al Qaeda mag's call to target US business leaders

The latest issue of Al Qaeda’s online magazine Inspire released Saturday calls on would-be jihadis to undermine the American economy by targeting business leaders and entrepreneurs, according to analysts who monitor web chatter from the jihadist organization.

The newest edition obtained by the Middle East Media Research Institute (MEMRI) features a cover with the headline “Professional Assassinations” and the subhead “Home Assassinations,” which the depiction of a hooded killer watching an upscale home from the outside.

Additional photos include in the issue include one of Microsoft founder Bill Gates splatted in blood with a pistol nearby. The magazine is published by Al Qaeda’s main affiliate located in Yemen, Al Qaeda in the Arabian Peninsula.

MEMRI quotes Inspire’s editor, Yahya Ibrahim, as opening the issue by saying “assassination is an effective toll in warfare,” and notes that “The prophet ordered the killing of many criminal leaders using this method … And here we are, following the footsteps of the prophet on how he dealt with his enemies and friends.”

Ibrahim adds in this issue that the focus of the previous issue of Inspire was what he called "workplace" assassinations, and hopes to expand on the same topic in the current issue, which AQAP hopes will lead to training and preparing a more "professional" type of lone wolves.

Most Deadly Terrorist Groups Between 2000 and 2014 | FindTheData

“We will never put down our weapons until we fulfill what Allah wants from us. We are determined to keep fighting and striking Americans with operations by organized jihadi groups and by Lone Jihad, [and] pursuing America in its homeland — by the will of Allah,” MEMRI quotes Ibrahim as saying.

MEMRI also said an analysis of the issue “provides detailed information and instructions on preparing for and carrying out various targeted assassinations. It stresses that an assassin should possess different options to carry out an attack, which gives him or her a greater chance for success, and elevates the operation to a more ‘professional’ level.”

In addition to the main section on professional assassinations, the magazine also features a section on bomb-making and encouraging  radical Islamic terrorists to emulate the Palestinian stabbings of Israelis by walking up to Americans and stabbing them to death.

AQAP was the first to use English publications to reach out to supporters in the West, with the launch in 2010 of its English-language magazine, Inspire.

The online magazine featured commentary by a radical U.S.-born cleric, Anwar al-Awlaki, who was also killed in a U.S. drone strike in Yemen in 2011.