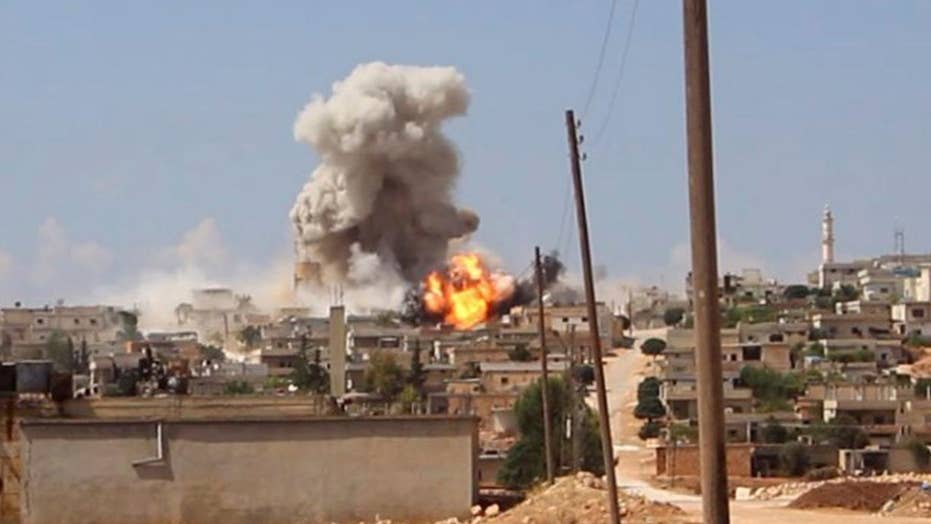 The goals of the group, otherwise known as the “Organization for the Liberation of the Levant,” are centered on dominating as much territory as possible ahead of planned talks between Russia and Turkey, to bring a final end to the almost eight-year Syrian civil war. Based on a previous agreement, Turkey was supposed to have reigned in the extremist outfit – now raising concerns it may not have the capacity to do so.

HTS’s latest capture includes the strategic town of Darat Izza, close to two of Syria’s main highways, and deemed a conduit both within Syria and to bordering Turkey. Some analysts have contended the Turkish leadership is too focused on the Kurdish issue in the region to effecitively respond to HTS's expansion.

So who is HTS, and what danger do they pose?

“HTS has proven itself to be the strongest military force in the Idlib pocket in recent weeks. Their rapid advance is a cause for concern because they are de-stabilizing efforts to bring a political settlement to the last rebel enclave,” Alan Mendoza, founder and executive director of the U.S. policy think tank the Henry Jackson Society, told Fox News. “Their extremist ideology also makes it more likely that the Russian and Assadist forces will have an excuse to launch a full-scale offensive, which will have devastating humanitarian consequences.”

The group initially formed at the beginning of the Syrian conflict in 2011 and “has remained a dangerous opposition force,” according to the Center for Strategic and International Studies (CSIS). Last May, it was added to the State Department’s Foreign Terrorist designation given its association to al- Qaeda affiliate, Jabhat al-Nusra. They are considered to be anti-Iran, anti-U.S, anti-Russia - and also anti-Assad regime in Syria.

Following the 2003 US invasion of Iraq, he crossed the border to join Al Qaeda there and was considered a close associate of Abu Musab al-Zarqawi, a Jordanian born terrorist known and one of the West's most wanted men.

AS US CLOSE TO VICTORY VS. ISIS IN SYRIA, AL QAEDA TAKES TERRITORIAL CONTROL

Soon after the top terror figure was killed by an airstrike in 2006, Jolani is said to have relocated to Lebanon and continue logistical work for Al Qaeda, and alter linking with Abu al-Baghdadi, who would later herald a split from Al Qaeda and form the brutal offshoot, ISIS.

While Jolani’s leadership of HTS was shared with other figures in the ensuing as it went through multiple name changes, he took full control of the organization in late 2017 as it continued to blitz territory in Syria’s Idlib province, the last remaining enclave.

According to a CSIS analysis, HTS is an “independent entity that follows no organization or party, al-Qaeda or others.” It has estimated fighting force of around 12,000 and is the most dominant of all rebel groups operating in the region, yet allegiances among fighting faction is often thought to frequently shift.