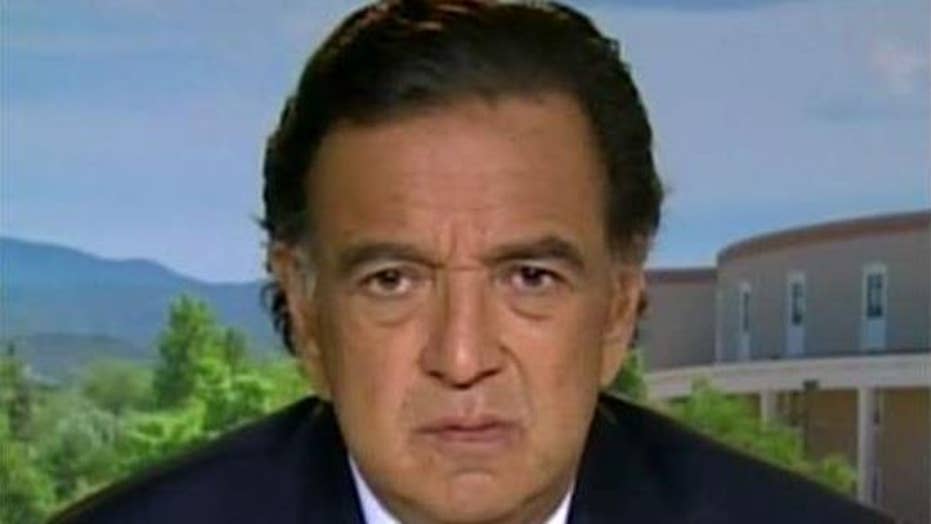 On the second day of 2016, Otto Warmbier was minutes away from boarding a plane back to America when armed security officers reportedly dragged him out of Pyongyang airport and into a yearlong nightmare that has left his loved ones and even the U.S. government powerless to save him.

Like most news out of North Korea, a lot about what occurred in the airport on Jan. 2, 2016 remains a mystery. One witness remembered a commotion as an armed official yelled at the 21-year-old University of Virginia undergraduate student from Ohio and had him hauled out of the terminal. Hours later, the rogue dictatorship issued a vague update: A tourist had been “caught committing a hostile act against the state.”

The legal proceedings that followed were just as vague. Prosecutors charged that Warmbier was caught stealing a political sign and committed “crimes against the state.” He was given a one-hour trial in March at which the government presented fingerprints, CCTV footage and pictures of a political banner to make its case against the American.

“I beg that you see how I am only human,” Warmbier begged at trial. “And how I have made the biggest mistake of my life.”

Despite his pleas, Warmbier was convicted, and sentenced to 15 years' hard labor. In a post-trial video released to the world, Warmbier, under obvious duress, praised his captors for his treatment and for handling of the case “fair and square."

Little is known about Warmbier's fate over the last year, and critics say the Obama administration has not done enough to bring the American home.

In recent years, several U.S. citizens have been held on trumped-up charges for varying periods of time by the current regime of Kim Jong Un, as well as that of his father, Kim Jong Il. Their release has typically been won by pledges of aid or diplomatic gestures from American dignitaries. Former President Bill Clinton journeyed to the Hermit Kingdom in 2009 in a successful bid to convince the late Kim Jong Il to release of Current TV journalists Euna Lee and Laura Ling, who had been captured after straying across the border from China and held prisoner for five months.

The younger Kim is less predictable, and the U.S. has no formal diplomatic relations with North Korea. Kim Jung Un, the third generation of his family to lead the impoverished and belligerent nation, routinely issues threats against the U.S., launches missiles to provoke South Korea and Japan, executes top military officials and, occasionally, seizes Western prisoners. Although they are subjected to what passes for judicial procedures, they are for all intents and purposes, hostages.

In addition to Warmbier, it is believed that Pyongyang is holding Kim Dong-chul, 62, a naturalized U.S. citizen and a Canadian. Like Warmbier, he was charged with spying.

Gordon Chang, an expert on Asia and author of “The Coming Collapse of China,” said autocratic regimes, like the one in Pyongyang, are famous for their insecurities and treat any slight against its government as an especially serious offense. An Irish national who visited the country told The Independent that he was told “constantly that the smallest thing was considered a hostile attack.

"I bought lots of magazines and books there, and we were told not to fold them in a way that creased Kim Jong-un’s face,” he recalled.

“I assume he feels isolated,” Chang said. “He’s likely only reading propaganda and feels abandoned by the outside world.”

Warmbier's family, including his father, Fred, did not respond to requests for comment, perhaps out of concern that publicity could anger Warmbier's captors or upset back-channel efforts by the State Department or private parties to win his release. The U.S. will often tell these families to avoid talking to the media so it can better control the situation, Chang said.

Yet, media attention in the past seemed to work favorably in some cases. Ling and Lee faced 12 years of hard labor for committing hostile acts, yet were freed after five months when a visit from Clinton seemed to provide the rogue regime with the diplomatic legitimacy it craved, at least under the elder Kim, who died in 2011.

Kenneth Bae, a 47-year-old missionary who spent 19 months in prison for evangelizing, was released in 2014 after former NBA star and self-professed pal of Kim Jong-un Dennis Rodman took up his cause. Bae, who worked on a soybean farm and lost 30 pounds during the ordeal, told The New York Times that his interrogators would tell him that nobody in the U.S. cared about him and there were no negotiations.

Friend Trey Lonneman: We need to get Otto #Warmbier back. We must keep him in the public eye as much as we can –TCT #Tucker @FoxNews

He said he was questioned “from 8 in the morning until 10 or 11 o’clock at night, every day for four weeks," yet his treatment was better than that of North Korean felons.

Former U.S. ambassador to the UN and ex-New Mexico Gov. Bill Richardson, founder of the nonprofit Richardson Center for Global Engagement, told Fox News that the progress in getting Warmbier back has been slow but said North Koreans accepted a delegation from his foundation in September. He said the White House has been supportive of his group's efforts.

“We’re trying to do this on a humanitarian basis,” Richardson told Fox News, “not a government-to-government basis.”

Communicating with North Korea has long been more challenging under the younger Kim.

“There’s just silence,” he said. “There’s nothing coming back.”

Julia Mason, a State Department spokeswoman, told FoxNews.com a statement that the administration is aware of the situation, and “now that Mr. Warmbier has gone through this criminal process, we urge the DPRK to pardon him and grant him special amnesty and immediate release on humanitarian grounds.”

In November, the Associated Press reported that a North Korean Foreign Ministry official met with the Swedish ambassador to talk about access to Canadian Christian pastor Hyeon Soo Lim, who was sentenced to life in prison with hard labor, according to Pyongyang’s official Korean Central News Agency.

The Swedish ambassador used the meeting to also talk about the Americans and was reportedly told Pyongyang treats them as war prisoners, possibly in light of U.S. sanctions on the country.

John Bolton, a Fox News contributor and the former U.S. ambassador to the United Nations, told Fox News’ Tucker Carlson that North Korea keeps a close eye on U.S. relationships around the world. It likely made note of the Obama administrations clandestine payments to Iran earlier this year which coincided with the release of four Americans held by Tehran on bogus charges.

“When Obama pays $1.7 billion in ransom for four people being held hostage in Iran, obviously the North Koreans see this as a bargaining chip as well,” he said.