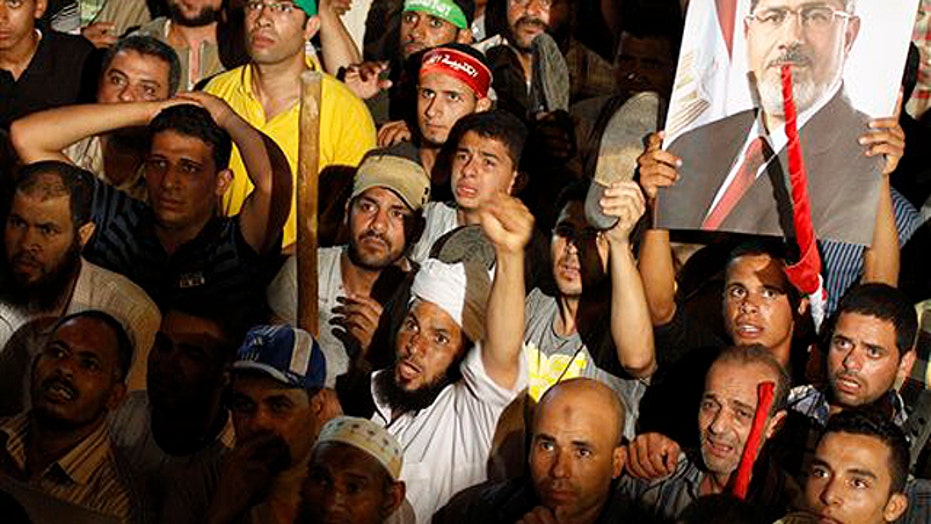 ADDIS ABABA, Ethiopia – The African Union is suspending Egypt from membership in the continental body after the military ouster of President Mohammed Morsi.

AU Commission head Nkosazana Dlamini-Zuma told a news conference Friday that the removal of Morsi on Wednesday falls under the AU doctrine on unconstitutional changes of government.

AU officials decided Friday to block Egypt from all activities of the continental body until constitutional order is restored in the nation.

The decision was taken after deliberations by the AU's peace and security council earlier Friday.

The AU usually suspends the membership of countries where the military ousts an elected government.