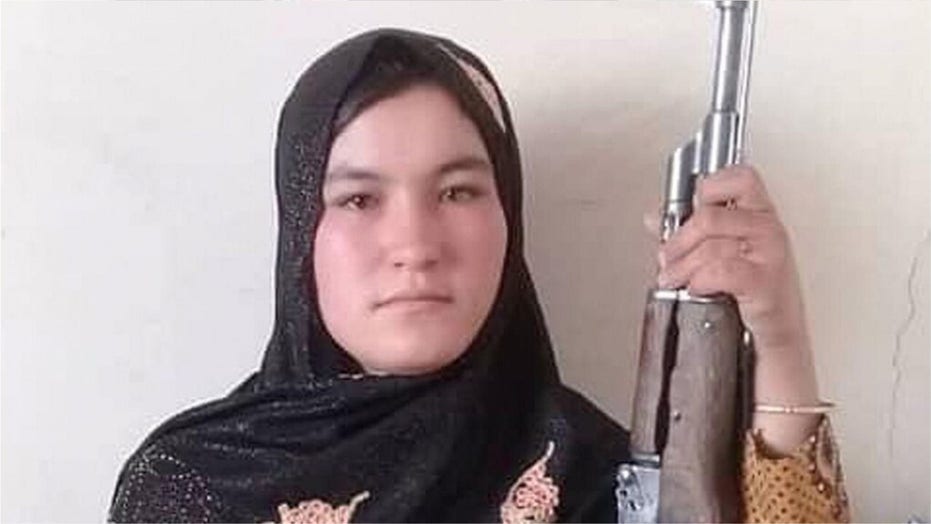 After the Taliban murdered her parents, Qamar Gul took her family’s AK-47 and killed the fighters in an act of retaliation.

The 15-year-old Afghanistan girl hailed a hero after she gunned down a group of Taliban attackers who raided her home and killed her parents was married to one of the assailants, according to a new report.

Qamar Gul, 15, was celebrated as a “hero” after she was pictured posing with the rifle she used to defend herself from the Taliban attackers.

“I am proud I killed my parents’ murderers,” she was quoted as saying this week. “I killed them because they killed my parents, and also because I knew they would come for me and my little brother.”

However, her heroic story was much more complex than just her protecting herself and her younger brother, 12-year-old Habibullah.

Family members and local officials told the New York Times this week that the teenager was actually married to one of the attackers, who was attempting to forcefully snatch her up as part of a family feud.

Qamar Gul, 16, right, and her brother Habibullah, 12, pose for a photograph in the governor's office in Feroz Koh, the provincial capital of Ghor province, in western Afghanistan, Tuesday, July 21, 2020. (AP Photo)

Ghor Province is described by the newspaper as being a “particularly brutal” area for women as girls are bartered at a young age.

Gul’s mother, Fatima, was married twice before tying the knot with Shan Gul Rahimi, whose brother was her second husband and died in a violent clash with the Taliban in the 1990s, according to the report.

Rahimi was described as a “stalwart fighter” – despite having lost one hand years ago – who frequently helped the local militia fending off Taliban attacks. It wasn’t clear whether he was also on a government payroll, the Times reported.

“Naeem was his son-in-law, and they got along very well too,” said Sebghatullah, Rahimi’s nephew told the Times. “It all turned upside down at once.”

It was not exactly clear when Naeem joined the Taliban. Relatives and local officials said it happened over the course of the last two years, at which point his private life deteriorated, particularly because he was chased for debts he owed.

According to relatives, Naeem had a falling out with his parents over his treatment of his first wife, because he was spending all his time with his new and younger bride. After one argument, Naeem reportedly took Qamar Gul and left the home – first staying with his in-laws and then moving to Helmand Province, a Taliban stronghold.

The Times reported that during a trip to visit her family, Qamar Gul refused to return to her husband, at which point her father said he would keep her until Naeem paid off the debts that he owed people in the village.

“Naeem’s niece wasn’t happy with the marriage because Shah Gul was much older than her. But Qamar Gul wasn’t arguing much — she said she was OK with whatever her father had decided, but that Naeem had to pay back the debt,” Zabihullah Rahmani, a relative told the newspaper.

However, it appeared Naeem had other thoughts and in the early hours of July 17, he and about a dozen Taliban fighters surrounded the Gul’s hillside home and barged in.

Rahimi and Gul’s mother, Fatima, were killed first, both shot multiple times. Qamar Gul grabbed her father's AK-47 and began spraying the attackers in the yard. She shot two of them dead and wounded a senior Taliban commander.

The attackers fled the scene as neighbors and local militia fighters began arriving. Naeem was one of the attackers killed.

The Taliban confirmed an operation took place in the area, but denied any of the group’s fighters had been killed by a woman.

Meanwhile, activists are demanding the government protect Qamar Gul, with some calling for her to be sent to live outside of Afghanistan for her own safety.