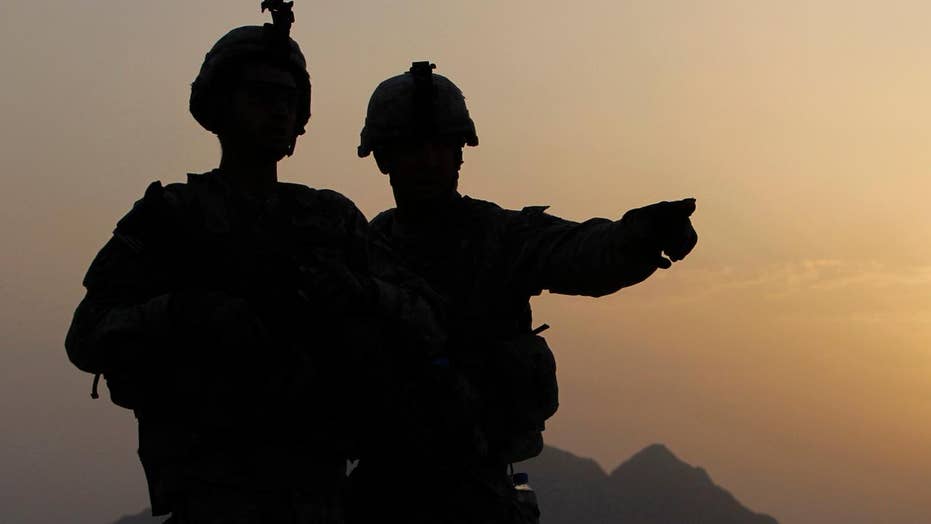 New details about deaths of 3 US soldiers in Afghanistan

The Pentagon released the names of the three U.S. soldiers killed in an attack by an Afghan army soldier; Jennifer Griffin reports

The Pentagon on Monday released the names of the three U.S. soldiers killed in an attack by an Afghan army soldier over the weekend.

The U.S. soldiers were identified as:

The soldiers were shot Saturday in Peka Valley, Nangarhar Province, Afghanistan. A fourth U.S. soldier was injured in the attack.

The Taliban claimed responsibility for the act. Taliban spokesman Zabihullah Mujahid said in a statement that a militant loyalist had infiltrated the Afghan army "just to attack foreign forces."

"Today, as we grieve, our thoughts and prayers are with the families of Cpl. Baldridge, Sgt. Houck and Sgt. Bays. We take this as a family loss,” said Maj. Gen. Andrew Poppas, Commanding General of the 101st Airborne Division and Fort Campbell. “In the days ahead, the 101st Soldiers and the Rakkasans will continue the fight against terrorism with unbridled determination. Our Soldiers are battle-hardened and committed to the defense of our nation and the freedoms for which we fight."

In his White House press briefing Monday afternoon, Press Secretary Sean Spicer acknowledged the loss of the soldiers in Afghanistan. Spicer said their thoughts and prayers are with the families of the American heroes.

The Pentagon is investigating the incident.