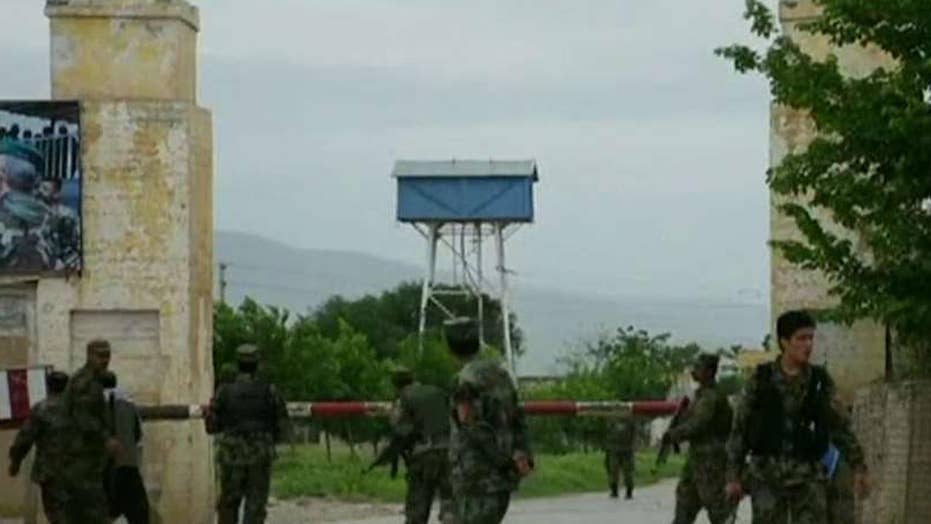 More than 100 feared dead after Afghan military base attack

More than 100 people may be dead, with dozens more hurt, after gunmen disguised as members of the army stormed a military compound in the Balkh province in Afghanistan, officials said Saturday providing updated numbers.

The attackers, in two separate military vehicles, had told guards at the gates that they were carrying wounded soldiers and therefore immediately needed to enter the site, according to Reuters.

The gunmen then entered the compound, manned by members of the 209th Corps of the Afghan National Army, and soon began shooting at soldiers as they prayed in a mosque on the grounds, said a spokesman for the Afghanistan Ministry of Defense.

Reports conflicted on the death toll, but at least two sources within the army corps and a provincial security official, who spoke on condition of anonymity because they were not authorized to speak with the media, told The Associated Press more than 130 people were killed and at least 80 others were wounded. The defense ministry had said Friday night that eight soldiers were killed and 11 others were wounded in its initial reports.

There were 10 attackers, including the two who carried out the suicide attacks, Gen. Daulat Waziri, spokesman for the Afghanistan Ministry of Defense, said. Eight others were killed in a gun battle with soldiers.

It wasn’t immediately known if there were any coalition forces located at the base, according to Col. John J. Thomas, the U.S. Central Command spokesman, but he noted that there were no coalition casualties. Thomas said that Afghan civilians were likely working at the base along with the soldiers.

The Taliban claimed responsibility for the attack.

President Ashraf Ghani on Saturday traveled to the base and strongly condemned the attack, according to a tweet from the official Twitter account of the presidential palace. "The attackers are infidels," Ghani was quoted as saying in the tweet.

Ghani announced that Sunday would be a day of national mourning, with memorial services across the country's mosques and the Afghan flag flying at half-mast, in a statement issued by the Presidential Palace.

In March, an attack on a military hospital in the capital Kabul killed 50 people. The Islamic State terror group claimed responsibility for that attack. According to officials, five attackers were involved, including one suicide bomber who detonated an explosives belt and four gunmen who stormed the building.